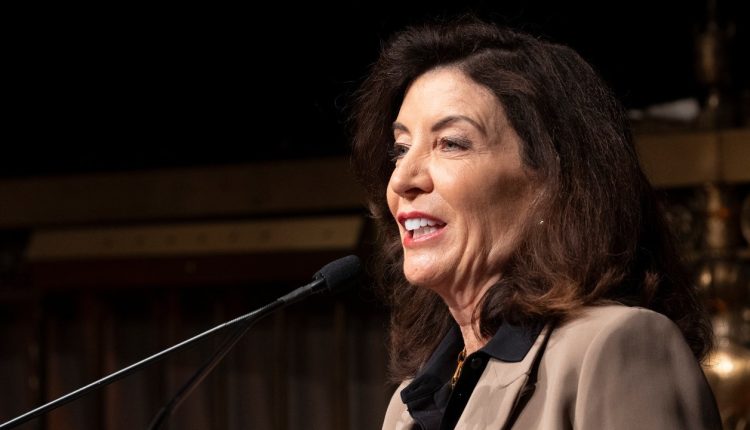 New York Governor Kathy Hochul took several pictures with a Democrat donor who has a history of sharing anti-Semitic content online, including propagating the conspiracy that six million Jews were not killed in the Holocaust.

Hochul, the Democrat governor running for re-election in the Empire State, attended a Harvard Club fundraiser in New York City last month where she stopped to take a few photos with Maher Abdelqader.

Abdelqader is the vice president at AI Engineers in New York and is also an activist who has propagated anti-Semitic conspiracy theories, such as sharing a video claiming that Jews are “satanic” and controlling the media and that questions whether 6 million Jews died in the Holocaust.

ACTIVIST WITH HISTORY OF ANTISEMITISM CAMPAIGNED WITH SEVERAL DEMOCRATS OVER THE LAST YEAR, POSTS REVEAL

Abdelqader also promoted claims on social media that the Jews were not really from Israel and used his Facebook account to promote the Boycott, Divestment, Sanction (BDS) Movement targeting Israel.

“A great fund raiser by a small group of entrepreneurs and business leaders at the prestigious Harvard Club of NYC for NYS Governor Kathleen Hochul,” Abdel Qader wrote in his tweet. “Governor Hochul is an American politician serving as the 57th Governor.”

The tweet has since been deleted after Fox News Digital reached out to the governor’s campaign.

“With friends like these, it’s no wonder recent polling shows Hochul on the ropes and Zeldin surging towards victory,” Reinert said.

“Antisemitism and anti-Israel rhetoric are both abhorrent and unacceptable, and the governor will continue her tireless efforts to protect the Jewish community from these attacks,” Goodman said.

Goodman also pointed to Hochul’s past record combating anti-Semitism, such as her Holocaust education bill, putting pressure on Unilever to end its BDS sales plan in Israel and the West Bank, and proclamation highlighting the importance of the International Holocaust Remembrance Alliance’s Working Definition of Antisemitism.

Hochul, who replaced disgraced former Governor Andrew Cuomo after his resignation, is in a political battle with Republican challenger Lee Zeldin, who is closing the gap between the two of them and is receiving bipartisan support.

Houston Keene is a politics writer for Fox News Digital.  Story tips can be sent to [email protected] and on Twitter: @HoustonKeene