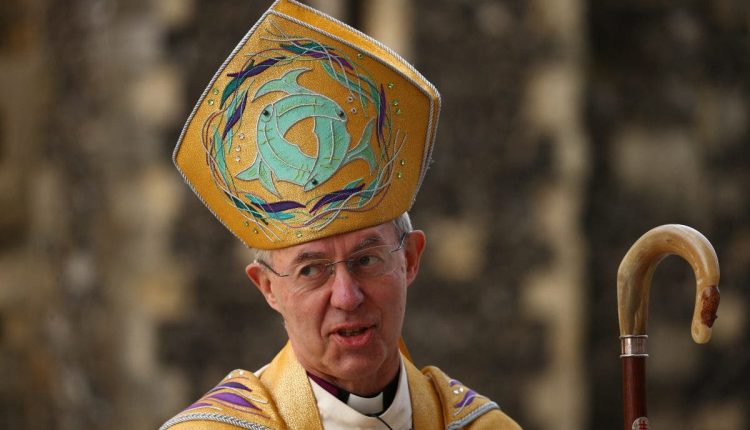 Leading clerics in the Church of England declined to comment on the recent sermon at Trinity College, Cambridge, that stoked international backlash for speaking of the “trans body” of Jesus Christ.

Rev. Dr. Michael Banner, who serves as the dean of Trinity College, recently came to the defense of Joshua Heath, a junior research fellow at the University of Cambridge who proclaimed from the pulpit of Trinity College chapel during an Evensong service that non-erotic portrayals of Jesus’ penis in historical art “urge a welcoming rather than hostile response toward the raised voices of trans people.”

“In Christ’s simultaneously masculine and feminine body in these works, if the body of Christ as these works suggest [is] the body of all bodies, then his body is also the trans body,” Heath said on Nov. 20, according to the Daily Telegraph.

Neither the Archbishop of Canterbury Justin Welby, who is the ceremonial head of the worldwide Anglican Communion nor the Archbishop of York Stephen Cottrell, its second-ranking cleric, condemned or otherwise commented on the controversial sermon that also likened the wound in Jesus’ side to a vagina.

The Archbishop of Canterbury Justin Welby speaks during a Service of Prayer and Reflection for Queen Elizabeth II at St. Paul’s Cathedral in London on Sept. 9, 2022, a day after her death at the age of 96.
(Photo by PAUL CHILDS / POOL / AFP)

“I’m afraid the Archbishop is traveling at the moment and is not available for comment,” a spokesperson for Welby told Fox News Digital.

Welby’s office directed Fox News Digital to reach out to the Church of England’s press office, which did not respond to a request for comment.

A spokesperson for Cottrell told Fox News Digital that “Archbishop Stephen has no comment to offer on this.”

Archbishop of York Stephen Cottrell, above, recently said declining rates of Christianity in the U.K. are “not a great surprise.”
(Ian Forsyth/Getty Images)

Heath, whose doctorate in theology was supervised by former Archbishop of Canterbury Rowan Williams, claimed in his sermon that in one of the medieval paintings he displayed to the congregation, the spear wound in Jesus’ side “takes on a decidedly vaginal appearance.” In another, he pointed out how the blood from his side flows to his groin.

Heath claimed that in the 14th century Prayer Book of Bonne of Luxembourg, the depiction of Jesus’ side wound “takes on a decidedly vaginal appearance.”
(Public Domain)

The sermon reportedly reduced outraged congregants to tears, and shouts of “Heresy!” rang out in the chapel as some incensed worshipers left in disgust. Banner later responded to a complaint letter from an offended churchgoer by claiming that Heath’s sermon raised “legitimate” speculation.

Heath pointed out that in the 13th century Pietà by Jean Malouel, the blood from the side of Jesus flows to his groin.
(Public Domain)

Heath’s sermon drew condemnation from figures such as Gavin Ashenden, who served as the chaplain to Queen Elizabeth II from 2008 until he resigned in 2017.

CHRISTIANITY DWINDLES TO MINORITY RELIGION IN ENGLAND, WALES FOR FIRST TIME ON RECORD: ‘NO GREAT SURPRISE’

“What Christianity teaches us is that Jesus gets to make us more like him, that’s the deal,” said Ashenden, who left the Church of England to join the Roman Catholic Church. “And whenever you find somebody making Jesus more like them, that’s not the deal.”

“So what happened in Cambridge was an inverse process and a perverse process, and we shouldn’t be surprised, because the academy is like that sometimes,” Ashenden continued. “They don’t know when to stop.”

Heath’s doctorate in theology was supervised by Rowan Williams, the former Archbishop of Canterbury.
(AFP via Getty Images)

Rates of Christianity in England and Wales have dwindled within the past decade to the lowest number on record, according to government statistics released last Tuesday.

Jon Brown is a writer for Fox News Digital. Story tips can be sent to [email protected]