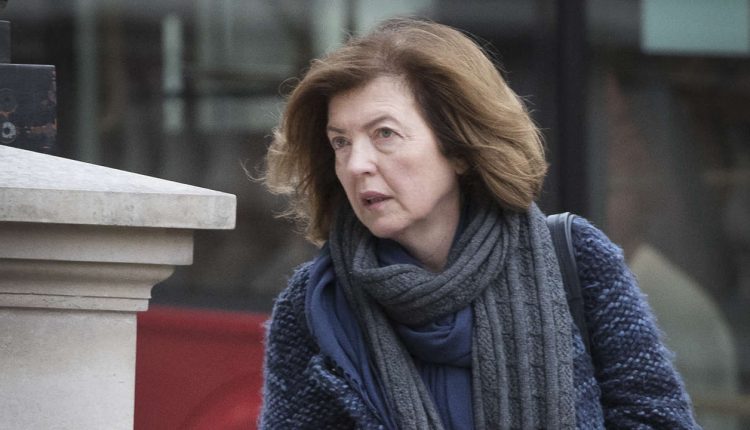 Waiting for Sue Gray… For the past few days, the entire British political class has been hanging on to the report on the “partygate” scandal that this senior official must submit to Boris Johnson. On his investigative work, supposed to document as closely as possible to the facts the leaving parties, birthday parties and other alcoholic evenings that took place in Downing Street during the pandemic, depends the future of the Prime Minister.

Will Boris Johnson be directly implicated? Did he lie, he who assured, at the beginning of December 2021, that “all the rules [sanitaires] have been followed” between numbers 9 and 11 of the most famous street in the country?

The report has been completed since the beginning of this week but, on Thursday, January 27, it had still not landed on the office of the head of government. Sue Gray and her team were still in talks with the Greater London Police (the Met), who announced on Tuesday that they want to launch their own investigation into “partygate” and would like to ensure that the report does not compromise their work at to come.

The human relations services of Downing Street and Whitehall (the ministerial district) would also have intervened to check that the report does not directly name the most “junior” staff in Downing Street, so as not to compromise their careers when it is released. Because it is supposed to be, in full, at least that is the promise made by Boris Johnson. And many Conservative MPs are waiting to have read it to claim or not the departure of their leader.

Without the “partygate”, Sue Gray would have remained this unknown to the general public that she probably always aspired to be. A wise square, lively eyes, a brief Wikipedia file: this is all that we know of the current second secretary of the Cabinet Office – the department serving the Prime Minister –, probably born in the north London in 1957 or 1958; even BBC Radio 4, which recently aired a portrait of her, has doubts.

Yet she acquired an almost mythical aura in Whitehall. “It took me two years to figure out who was really running the country. The one at the helm is a lady named Sue Gray, who is in charge of ethics at the Cabinet Office. If she doesn’t agree, things just don’t get done.” confided Oliver Letwin, a former minister of David Cameron, quoted in the memoirs of former Liberal Democrat MP David Laws.

She even earned the nickname “ God’s assistant” reports the Politico website. She is paradoxically one of the best-known but also the most secretive figures in the UK’s high administration. “Everyone knows her; as soon as you change jobs, you go through his office,” confides a member of Whitehall.

You have 59.62% of this article left to read. The following is for subscribers only.

Delay and additional cost for EDF’s EPR reactors in England

Deborah James’ courage in the face of illness moves the British

In Zimbabwe, the exodus of nurses empties hospitals in agony

In the United Kingdom, in these neighborhoods where you have to choose between…