Ukraine candidate to integrate the EU: the four months that convinced the Europeans to open their door to a country at war 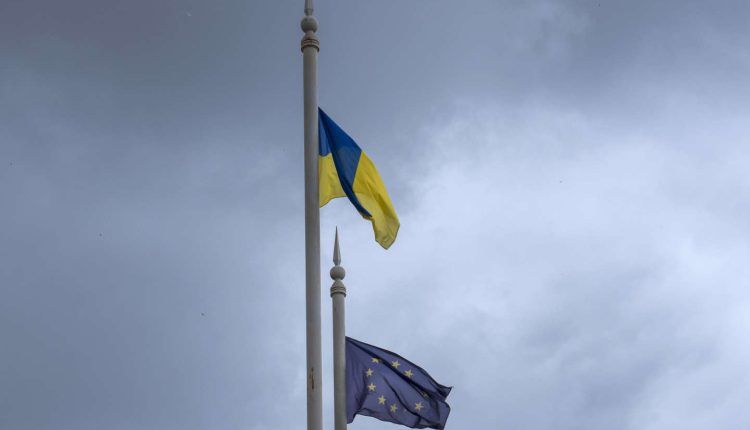 When Russia invaded Ukraine on February 24, no one in the European sphere imagined that kyiv would be granted, four months later almost to the day, the status of candidate for entry into the European Union. European (EU). Thursday, June 23, in the evening, the European Heads of State and Government nevertheless granted it to him. “We would have made a political mistake (…) if we had not reached out to Ukraine”estimated the French president, Emmanuel Macron, seeing there “a political gesture” from Europe. “We have made giant strides” and “all of this we owe to the Ukrainian people, who are fighting to defend our values, their sovereignty, their territorial integrity”, he continued.

“Today you have taken one of the most important decisions for Ukraine since its independence thirty years ago,” in 1991, hailed Volodymyr Zelensky in a video conference address to his European counterparts. “What a path we have traveled! »continued the Ukrainian president, dressed in his usual khaki T-shirt.

Read also: Article reserved for our subscribers Ukraine’s accession to the European Union: why it is a crucial issue in Kyiv

When the war started, the community horizon of kyiv seemed indeed largely blocked. Since the last enlargement – ​​Croatia, in 2012 – the Twenty-Seven have been reluctant to push their borders further. In December 2016, two and a half years after the invasion of Crimea by Russia, they had also refused Ukraine the “European perspective”, the preliminary step to EU candidate status.

The return of war to Europe’s borders, the support of public opinion for the Ukrainian cause, the voluntarism of the President of the Commission, Ursula von der Leyen, and the talent of Mr Zelensky to promote his cause have changed the situation. kyiv was finally able, in a few weeks, to access the door of the EU.

Read also: Ukraine candidate to the European Union: the beginning of a long process towards membership

“We are going to need Europe”

On the night of February 23 to 24, at 4 a.m., as Russian fire fell on his country, Mr. Zelensky called Charles Michel, the President of the Council. His voice does not tremble, he is determined. “We are going to need Europe”, he calls out. A few hours later, the Twenty-Seven met in Brussels to discuss the situation. Olive green t-shirt and marked face, the former comedian addresses them. “I see you today, you see me. It is not certain that, tomorrow or the day after, I will still be alive., he throws at them. The moment is chilling, but it is accelerating the awareness of Europeans.

You have 71.9% of this article left to read. The following is for subscribers only.

Russian and Ukrainian exiles in France: “Nostalgia weighs on me so much that I…