Disaster in India: Many dead after fire in New Delhi 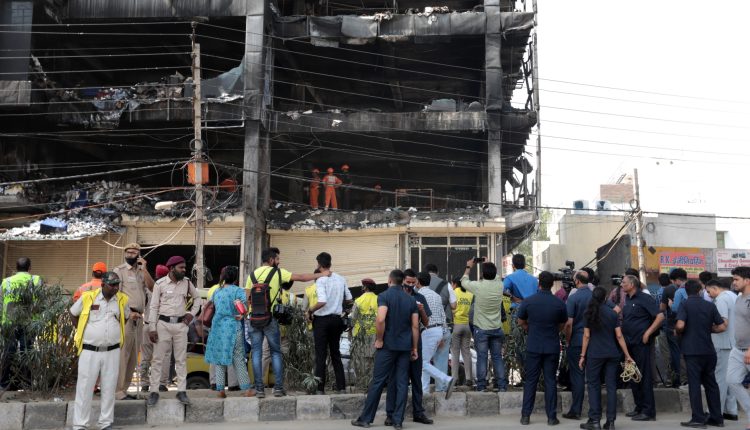 More than 25 people have died in a major fire in the Indian capital New Delhi. Many were injured in the fire in a multi-story building. According to the fire department, the house did not have adequate fire protection.

A fire at a commercial building in the Indian capital New Delhi has killed at least 27 people. The information about injured people varies: Authorities put the number at least twelve, in media reports there is talk of at least 40 injured people.

At least 27 people die in major fire in New Delhi

The fire started on the first floor of the four-storey house and quickly spread to other areas where flammable plastic and cardboard were stored, authorities said. At least 50 people were taken to safety. More than 20 fire brigades were deployed to extinguish the flames.

The cause of the fire has not yet been definitively determined, but police arrested two owners of a company that manufactures security cameras. The fire broke out in her office. The building was not approved by the fire department and does not have fire protection equipment, said fire chief Atul Garg.

A woman and others fear for relatives who were in the building at the time of the fire.

Indian President Ram Nath Kovind offered his condolences to the families of the victims. “I wish the injured a speedy recovery,” he tweeted.

In India, it is common for building codes and safety standards to be disregarded by both builders and residents. The consequences also include fires that have cost many lives in the past.