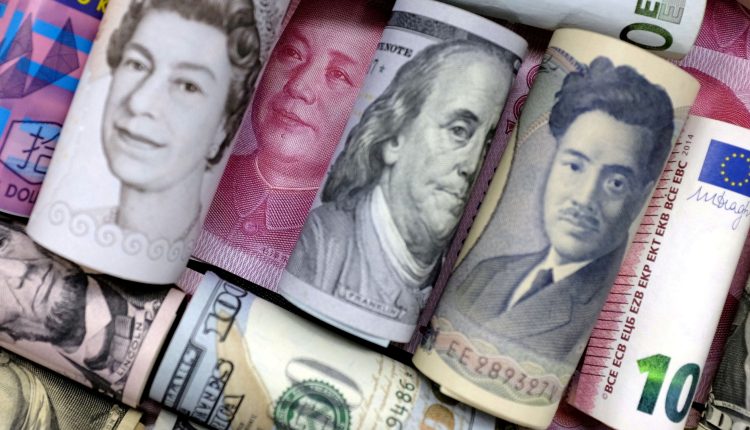 It’s Central Bank Week. Yesterday the US Federal Reserve – today five other central banks commented on interest rate policy. The challenge is the same everywhere: How do you get inflation under control?

A full percentage point in Sweden, half a percentage point in Great Britain, and a quarter percentage point in Norway: central banks are tightening interest rates almost everywhere these days. Most of them have one goal: fight high inflation. But the larger the rate hike, the higher the risk that economic growth will be dampened. People then consume less, and companies are reluctant to invest because loans become more expensive.

The head of the US Federal Reserve, Jerome Powell, knows the problems. He wishes there was a painless way, he says, but there isn’t. Fighting inflation is a balancing act in most countries.

The special thing about it: The reasons for the rising prices are not the same everywhere. Here in Germany, it is the high energy prices that are driving up inflation. Americans have very different concerns: Oil and gas are so plentiful that they could cover their needs with their own resources.

Their problem is the high demand for products and services. The need is so great, which is why prices are rising, explains chief economist Michael Heise from HQ Trust. “This means that interest rate hikes by the central bank have a greater impact on inflation and can slow down the pace of inflation much more quickly than is possibly the case here in Europe,” said Heise.

However, there is no magic formula against high inflation rates – the starting point in each country is too different. But there is another reason why many central banks are now reacting with high interest rate hikes, says Chris-Oliver Schickentanz, chief investment strategist at Capitell: “I think the central banks have hesitated and procrastinated for too long overall, and as a result they now have to get inflation under control to actually act very, very decisively.”

The situation is complicated and the simultaneous tightening of monetary policy is also provoking new problems, the World Bank warns. She fears that the world is heading towards a global recession and a series of financial crises in emerging and developing countries.

For central banks, it remains a weighing process – and a game for time, says chief economist Ulrich Kater from Deka-Bank. “And that’s why patience is needed when fighting inflation, it takes a year or two,” says Kater. And: “It means that these interest rates, which have now come back, will and must remain.”

Rising inflation – how are the central banks reacting?