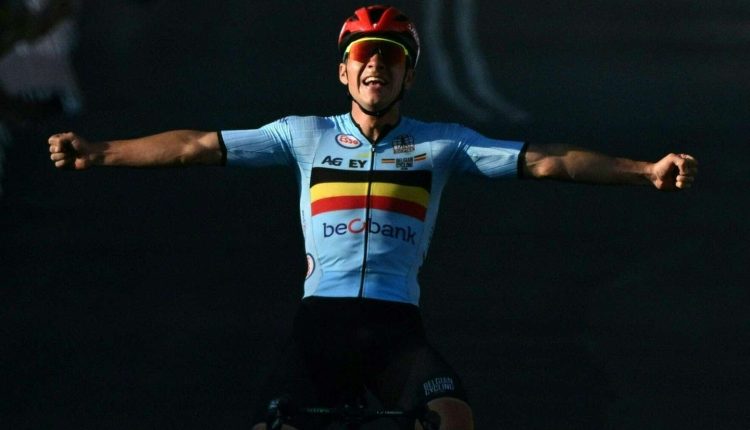 With this boy, Belgian cycling is getting a hell of a makeover. Remco Evenepoel, 22, won the road race at the World Cycling Championships yesterday in Wollongong. Following a race tactic that is dear to him, the rider, entered for the rest of the year by the professional team Quick Step, set off alone about thirty kilometers from the finish, finally beating the rest of the entries by more than two minutes.

The podium of these Worlds is completed by the Frenchman Christophe Laporte and the Australian Michael Matthews, who benefited from a general grouping in the last kilometer of the race. Laporte, rider of the Jumbo Visma team, thus completes a good season during which he had already been the only Frenchman to win a stage of the Tour de France (the 19e, in Cahors). The other Belgian cycling star, Wout Van Aert, finished at the foot of the podium, in 4e square.

By winning at the beginning of September on the Vuelta, Evenepoel had ended a 44-year drought on the big tours for Belgium, since Johan de Muynck’s victory in the Tour of Italy in 1978. At the Worlds, the last Belgian victory dates back to 2012, with the success of Philippe Gilbert.

“Ending the season like this is wonderful. Belgium had a great team race. Wout (Van Aert) was expected in the event of a sprint finish. I had to attack earlier. It’s been an amazing year for me,” Evenepoel explained once the line was crossed.

Read also: Cycling Worlds: van der Poel, one of the favorites, gives up after a night at the police station

The start of this road event was marked by the abandonment of one of the favourites, the Dutchman Mathieu van der Poel, weakened by a short night, spent most of his time in an Australian police station after an altercation at his hotel with young people who prevented him from getting to sleep.