Heurtel, Grebennikov, Da Costa… These French athletes who stay or go to Russia despite the war in Ukraine 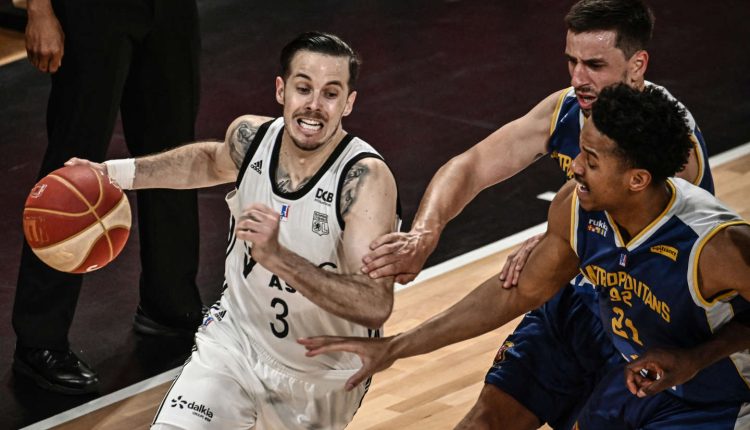 The news was expected, but it still struck the spirits. On September 21, the Russian basketball club Zénith Saint-Petersburg announced with great fanfare on social networks the arrival of Frenchman Thomas Heurtel in its ranks, for a one-year contract renewable for an additional year. For several weeks already, the contacts between the leader of the Blues and the defending champion of the VTB United League, the professional league of Eastern Europe, were the subject of rumors. The interested party, himself, had recognized them.

His presence at the Eurobasket with the tricolor delegation, at the beginning of September, had however left us to imagine a different outcome. To be on the trip to Germany, Thomas Heurtel had indeed had to sign – like the other players and the members of the coaching staff – a sworn statement specifying that he was not engaged and would not engage with a Russian or Belarusian training for the duration of the conflict with Ukraine, on pain of losing his place in the national team.

This certificate, the French Basketball Federation (FFBB) had decided to set it up, in the middle of the summer, in response to the departures to Russia of internationals Livio Jean-Charles and Louis Labeyrie, respectively at CSKA Moscow and Unics Kazan. But, for the latter, the stakes were not quite the same: the first has only four outings with the Blues and has never taken part in a major international competition; the second, although bronze medalist at the 2019 World Cup, is no longer an indisputable member of the tricolor collective. With more than 90 selections on the clock, Thomas Heurtel is on the other hand a centerpiece of the France team and has largely contributed to the beautiful course of the Blues during the Euro, lost in the final against Spain.

Read also: Article reserved for our subscribers The French basketball team, beaten by Spain, does not give up its (great) future ambitions

“If Thomas Heurtel were to play with the Zénith club, (…) the playmaker would then no longer meet the selection criteria for the next international events, including the 2024 Olympic Games, in accordance with the decision taken by the federal office on July 28., reacted the FFBB in a press release. Still, if the player decides not to activate his optional contract year and leave Russia in June 2023, said federal office would meet again and take a decision on this type of specific case, we know from the side. of the instance. The possibility of seeing the leader wearing the jersey of the French team at the World Cup, organized in the Philippines, Japan and Indonesia in September 2023, and especially at the Olympic Games in Paris, is therefore not excluded.

“The rules of the game had been very clearly laid down”, recalled at the microphone of Franceinfo the Minister of Sports, Amélie Oudéa-Castéra, on the sidelines of the Demain le sport festival in Paris, on September 22, before continuing: “There must be no exceptions, after that you have to look at the situations individually. Some players are sometimes committed to Russia for a long time, but, in any case, any new player who commits to Russia knows very well what he is exposing himself to. »

The “Thomas Heurtel case” has reignited the debate on the future of athletes playing in Russia or Belarus in the national team. To date, only the FFBB has adopted an official position on the subject, but the problem is not limited to the orange ball. At the beginning of August, Yohann Auvitu, 33, one of the best French defenders in ice hockey, joined for a year the Russian club Neftekhimik Nizhnekamsk, a formation of KHL (the league bringing together Russian, Kazakh, Belarusian and Chinese clubs) , one of the highest in the world after the prestigious North American NHL. In addition, another key player for the Blues has been playing in Russia since 2018: striker Stéphane Da Costa, who, after a spell in Yaroslavl and Kazan, signed a two-year contract in Yekaterinburg in 2021.

Read also: In the wake of the war in Ukraine, the banishment of Russian sport is becoming widespread

The scenarios are different, insisted Pierre-Yves Gerbeau, the president of the French Ice Hockey Federation (FFHG), to Agence France-Presse on the sidelines of a meeting with the media in early September. “Yohann decided to distinguish between politics and sport. He had an economic opportunity. Salaries are much higher in Russia. [Stéphane] left three years ago, before the humanitarian tragedy in Ukraine. He would like to return, but he has a contract to honor. He thinks it’s an injustice. »

Eight months before the World Cup, in Latvia and Finland, the future of the two men in the France team seems compromised. “In the current context of the Russian invasion of Ukraine, it seems extremely complicated to me to [les] select “recognized Mr. Gerbeau, whose body had been committed from the start of the conflict to provide support to the refugees. Several countries, such as Sweden and Finland, have already decided to ban players who play in the KHL from their national squads and the subject will be discussed at the congress of the International Ice Hockey Federation, scheduled for September 29 to 1er october.

“It would be good if there was a common position for all the federations” French, insisted the president of the FFHG, calling for a clarification from the National Olympic Committee. Same observation on the side of the French Volleyball Federation (FFVB). “ When the international federation decided to suspend Russia and Belarus from competitions, it was a clear line. We respect it and there is no debate. Today there is no line compared to [la sélection des internationaux qui jouent en Russie] »sums up its president, Eric Tanguy.

For now, the situation only concerns one volleyball player: Jenia Grebennikov. The libero had been retained in the France group for the World Cup, which took place in Slovenia and Poland during the summer of 2022, although he is playing at the Zénith Saint-Petersburg. And we will probably see him again wearing the tricolor jersey in major competitions.

Read also: Article reserved for our subscribers Jenia Grebennikov, the boss of the blue defense

Already in Russia before the invasion of Ukraine, Jenia Grebennikov is starting her second season – out of three planned – with the Petersburg club, justifies the president of the FFVB, who also underlines the legal aspect and possible sanctions, even financial convictions , in the event of breach of contract. “It’s not trivial to say ‘I’m leaving'”, insists Mr. Tanguy. On the other hand, he assures, if a player is tempted by an adventure in Russia in the future, he will personally try to dissuade him.