Biden says Russia treating Paul Whelan case differently for ‘illegitimate reasons’: ‘We are not giving up’ 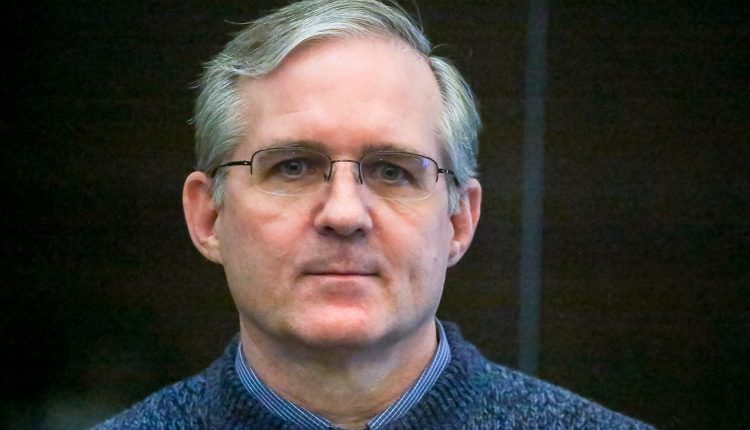 President Biden on Thursday said the U.S. was not “giving up” in bringing home former U.S. Marine Paul Whelan after he was left out of the latest Russian prisoner swap that secured WNBA star Brittney Griner’s release.

Biden told reporters that Russia was treating Whelan’s case – who has been sitting in a Russian prison since 2018 – differently for “totally illegitimate reasons” but pledged to keep working to bring the former Marine home.

Whelan was arrested in December 2018 and maintains that he was “set up” after someone he said was a friend gave him a USB drive that allegedly contained vacation photos.

President Biden speaks about the release of Olympian and WNBA player Brittney Griner from Russian custody, at the White House on Dec. 8, 2022, in Washington, D.C.
(Photo by Chip Somodevilla/Getty Images)

The State Department has rejected the accusations against Whelan and has argued that Russia has provided no proof to back its claims.

Reports earlier this year suggested U.S. negotiators were attempting to swap Griner and Whelan for Viktor Bout, a Russian arms dealer dubbed the “Merchant of Death” for his involvement in fueling armed conflict around the world.

But only Griner was released in exchange for Bout.

FILE – Paul Whelan, a former U.S. Marine who was arrested for alleged spying, listens to the verdict in a courtroom at the Moscow City Court in Moscow, Russia, June 15, 2020.
( Sofia Sandurskaya, Moscow News Agency photo via AP, File)

WHO IS VIKTOR BOUT, RUSSIA’S ‘MERCHANT OF DEATH’ FREED IN PRISONER SWAP FOR BRITTNEY GRINER?

“This was not a choice of which American to bring home,” Biden told reporters Thursday. “We brought home Trevor Reed when we had a chance earlier this year. Sadly, for totally illegitimate reasons, Russia is treating Paul’s case differently than Brittney.”

The former Marine once described his imprisonment in a BBC interview and said, “Russia says it caught James Bond on a spy mission. In reality, they abducted Mr. Bean on holiday.”

Whelan’s brother, David, has since ardently called for his release, appealing first to the Trump administration and then the Biden White House.

“We will never give up,” Biden said Thursday, adding that his administration remains in close contact with the Whelan family.

“We’ll keep negotiating in good faith for Paul’s release. I guarantee that,” he continued. “I urge Russia to do the same to ensure that Paul’s health and humane treatment [is] maintained until we are able to bring him home.

“I don’t want any American to sit wrongfully detained in one extra day if we can bring that person home,” he added.