The New York Times: Majid Al Futtaim’s projects made him one of the most prominent economic men in Dubai 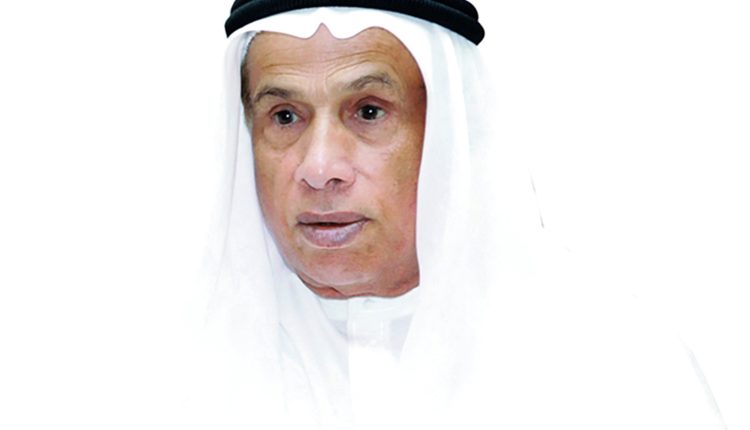 The American newspaper “New York Times” published an opinion article on the most prominent stations from the life of the late Majid Al Futtaim, one of the most important businessmen in the country who passed away late last year, pointing out that the late one of the businessmen who contributed to his projects to serve Dubai, and he is also one of the successful in bringing the first shopping experience Serving the consumer in a style that blends purchase, dining, entertainment and leisure, as well as developing plans, projects and economic models that have solidified the Al-Futtaim chain in the local business scene, the region, and beyond. The article emphasized that Al-Futtaim “has always believed in Dubai as a global center and a place for people to go to… so that his vision and that of Dubai go together.”

An opinion piece by author Clay Raisen elaborates on the upbringing of Majid Al Futtaim, who was born in the 1930s, when Dubai was a small coastal city on the eastern edge of the Arabian Gulf, and its port along the saltwater creek was home to pearl divers. There were not many scenes of modernity, and with the passage of time until the time when Al-Futtaim left our world – last December – the whole world agrees that Dubai is home to nearly millions of individuals and attracts millions of tourists annually for its tourist attractions and marvels, starting with the tallest building in the world “Burj Khalifa”, And access to luxury shopping centers – including the Mall of the Emirates – which includes an indoor ski slope between stores carrying the finest and most luxurious brands such as Givenchy, Rolex and many more.

The prestigious American newspaper confirms that a number of commercial centers and others in the Emirate of Dubai over the past decades follow the projects of Majid Al Futtaim, which qualified him to be the richest businessman in Dubai and one of its most prominent men in the field of economy.

Among the models that he was credited with providing in Dubai is the shopping experience that serves the consumer and combines purchase, dining, entertainment and entertainment to be applied in the Gulf region, specifically Dubai, according to the statements of a spokesperson for Majid Al Futtaim Group Company to the newspaper. And about the beginnings, Al-Futtaim launched his own company in 1992, to open, after 3 years, “Deira City Centre”, the first mall of its kind..

The report indicated that Al-Futtaim, with the diversity of shopping malls and supermarkets, his company acquired the exclusive franchise of the French brand “Carrefour” across the Middle East and North Africa in 2009, and in late 2010 the company expanded in areas as far away as Kenya and Uzbekistan, keeping in mind Ambition plans to go further.

In this regard, and in an interview with the newspaper, Robert Mogilnicki, a prominent researcher at the Arab Gulf States Institute in Washington, said that “the commercial path of Majid Al Futtaim and its companies is opposite to the direction that the UAE wants to go and go into in the future,” adding that Al-Futtaim’s business model is a shining example of the commercial elite. Which became more prosperous with the tremendous economic growth of the UAE at the beginning of the twenty-first century.

The writer says that the roles of the Al-Futtaim company have enjoyed the support of the ruling family in Dubai under the leadership of the late Sheikh Rashid bin Saeed Al Maktoum, and that the commercial chain has played an active role in the field of retail in the local market, bringing international stores such as stores “Ace” which sells hardware in the United States, as a model for supermarkets in the Middle East that not only supply simple goods like hammers and nails but also supply larger products like tents, exercise equipment, gardening, etc..

Finally, the newspaper quoted statements by Alain Bijani, CEO of Majid Al Futtaim, in which he said of the late that he had always believed in Dubai as a global center and a place for people to go to… so that his vision and that of Dubai would go together.

Statement on the allegations of the Houthi militia that the “coalition”…

The United States requests a Security Council session on Ukraine