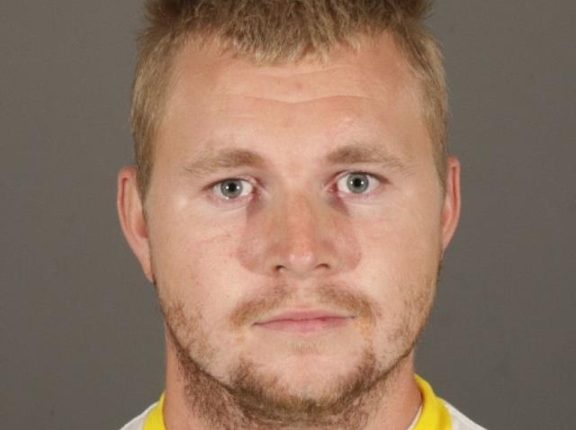 A Los Angeles County judge on Thursday ordered Hannah Tubbs, a transgender California woman, to serve two years in a juvenile facility after she pleaded guilty to sexually assaulting a 10-year-old girl in 2014 — but not before excoriating far-left District Attorney George Gascon, whose office declined to prosecute the repeat offender as an adult.

Tubbs, 26, just recently pleaded guilty to molesting the girl in a woman’s bathroom eight years ago when she was two weeks away from turning 18. At the time of the crime, she identified as male and went by James Tubbs. She did not identify as female until after she was taken into custody, according to prosecutors.

“Tubbs is 26-years-old. Unlike George Gascon’s false narrative, she is not a ‘kid.’ There was evidence presented at the juvenile proceedings which showed that Tubbs sexually assaulted two young girls in different incidents in the past,” L.A. Deputy District Attorney Jon Hatami, assigned to the Complex Child Abuse Unit, told Fox News Digital. “The child victims will suffer lifelong trauma. Tubbs also has prior violent convictions and conduct as an adult.”

James Tubbs, Nov. 11, 2021. Tubbs, 26, just recently pleaded guilty to molesting a girl in a woman’s bathroom eight years ago when she was two weeks away from turning 18. At the time of the crime, she identified as male and went by James Tubbs. She did not identify as female until after she was taken into custody, according to prosecutors.

Prosecutors say Tubbs walked into the bathroom of a Denny’s in 2014 and grabbed the 10-year-old by the throat, locked her in a stall, and put her hand down the girl’s pants. Tubbs stopped when another person walked into the restroom, the Los Angeles Times reported.

Because Tubbs began identifying as female after she was taken into custody, and Gascon refused to try her as an adult, Tubbs was sentenced to two years in a juvenile facility.  In L.A. County, juvenile facilities can house both females and males, but in separate areas, Tubbs will be housed with the females.

Two years is the maximum sentence for any juvenile in the new program over the age of 25, according to Deputy District Attorney Shea Sanna.

The sentencing sparked criticism of Gascon, who had vowed to “immediately stop prosecuting children as adults.” Gascon has cited studies showing brain development isn’t complete until a person is 25, and contends juvenile detention can rehabilitate young offenders.

The LA County Sheriff’s office offered to house Tubbs in their county jail, but Judge Mario Barrera ultimately “decided he did not have the authority to issue an order housing Tubbs in county jail or with the sheriff’s department,” Sanna said, adding that the judge’s “hands were tied.”

Barrera reportedly blamed Gascon’s policies for not transferring Tubbs to an adult court during the court proceeding on Thursday.

“I want to be clear,” Superior Court Judge Mario Barrera during the Thursday sentencing in a Lancaster, California, courtroom, according to the LA Times. “The filing of a transfer motion is entirely within the discretion of the district attorney.”

Barrera “hands were tied,” Sanna said. In the end, the judge “decided he did not have the authority to issue an order housing Tubbs in county jail or with the sheriff’s department.”

Kathryn Barger, chair of the Los Angeles County Board of Supervisors, called the outcome of the case “unsatisfactory” in a Thursday statement.

“Judge Barrera’s hands were tied today – due to the fact that the DA’s office failed to file a motion to transfer Tubbs to adult criminal court, which is where she rightly belongs,” she said. “Instead, we’re left with a 26-year-old individual sentenced to two years in a juvenile facility in isolation, separated by sight and sound from the other juveniles.  “

In a Jan. 18 letter to Barger, Gascon described Tubb’s conduct as “deplorable.”

“I am shocked and outraged that she evaded capture for so long. The harm that she caused is irreparable. Tubb’s has been ‘sentenced’ to our County’s secure treatment facility for youth (STFY),” the location of which “has yet to be approved,” Gascon wrote

He added that “all cases of adults returning to juvenile court will continue to be flagged and reviewed for possible adult jurisdiction resolutions.”

Tubbs was not linked to the case until 2019. Her DNA was entered into a database that year following an arrest on suspicion of battery in Idaho. Prosecutors filed charges against her for the 2014 assault case in 2020, not long after Gascon took office.

Tubbs has previously been arrested for battery, drug possession and probation violations in Idaho and Washington.

She has a pending misdemeanor case in Washington and was also accused of sexually assaulting a minor in Kern County, California, but the case did not get prosecuted, according to the LA Times. Tubbs might also qualify as “developmentally disabled” and has multiple mental illnesses, the paper reported.

Gascon told the LA Times he was concerned Tubbs could be victimized in an adult facility as a trans woman and said a probation report recommended she be sentenced to home confinement. Prosecutors asked that Tubbs be kept in custody for two years instead.

“Because of George Gascon’s blanket policy against transferring any juvenile to adult court, even if the 17-year-old rapes or murders an innocent child, James Tubbs will not have to register as a sex offender, will not spend any time in county jail or state prison, will be 26 and housed with juveniles for a very short period of time, and will be released with no probation or parole monitoring. The victims will get no justice. The public will get no safety,” Hatami said.

He added that Gascon “has sacrificed the safety of the public, the rights of the victim, and justice in order to follow his own political ideology.”

“It’s an injustice against all of us, especially the young victims,” Hatami said.