Murder of Khashoggi: a complaint against the Saudi crown prince dismissed by an American judge 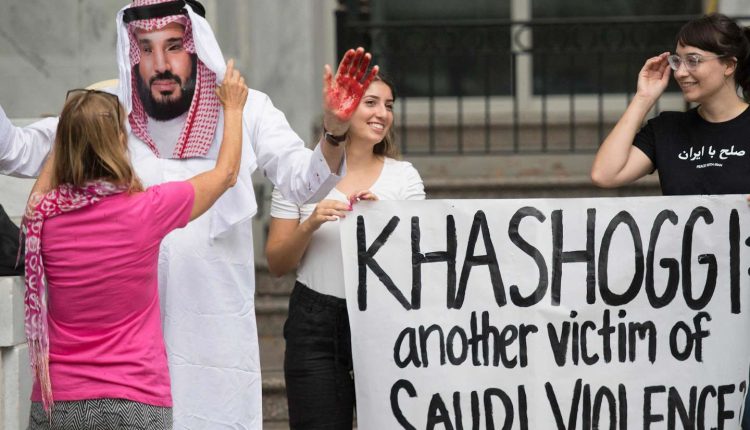 A US judge on Tuesday, December 7 dismissed a complaint filed in the United States against the Crown Prince of Saudi Arabia, Mohammed Ben Salman. He is accused of ordering the murder of journalist Jamal Khashoggi.

Magistrate John Bates found these charges “credible” but said he was bound by the position recently taken by the US government, according to which “MBS” enjoys legal immunity as a head of government in office. This immunity decision was formalized by the United States government in a document on November 18.

“The United States respectfully informs the court that defendant Mohammed Bin Salman, Prime Minister of the Kingdom of Saudi Arabia, is the incumbent head of government and, therefore, enjoys immunity from these lawsuits”is it written in this argument signed by the administration of the American president, Joe Biden.

In a scathing editorialthe washington postfor whom Mr. Khashoggi had collaborated as a columnist, denounced the fact that President Joe Biden “thus turning its back on the fundamental principles of freedom of the press and equality”.

“Absolutely nothing to see”

In its defence, the White House had assured by the voice of the spokesman of the National Security Council, John Kirby, that the judicial immunity of the crown prince did not have “absolutely nothing to do with the bilateral relationship with Saudi Arabia which is, as you know, tense at the moment”. He insisted that it was a Justice Department decision at the request of the State Department.

After a period of relative sidelining following the murder of the journalist, MBS returned to the international scene during this year, thanks in particular to the American president. Joe Biden visited Saudi Arabia in July, a move with little obvious gains, as he previously vowed to make the kingdom a “outcast”. Last year, Mr Biden released an intelligence report revealing that the prince had approved the operation that led to the death of Jamal Khashoggi. Saudi authorities have denied.

Read also: Article reserved for our subscribers “The problem for the United States now is that Saudi Arabia openly despises them”

Donald Trump, “angrier than ever”, resumes meetings for the Republican…

Peru: new clashes in Lima, one death among the demonstrators

Canada is experimenting with the decriminalization of “hard” drugs

Death of Tire Nichols: the Memphis police unit involved in his violent arrest has…

“Caral, the oldest city in America”, on Arte: at the heart of the cradle…

Haiti: Faced with gangs, Doctors Without Borders announces a reduction in its…