In Colombia, the trampled rights of the Atrato River 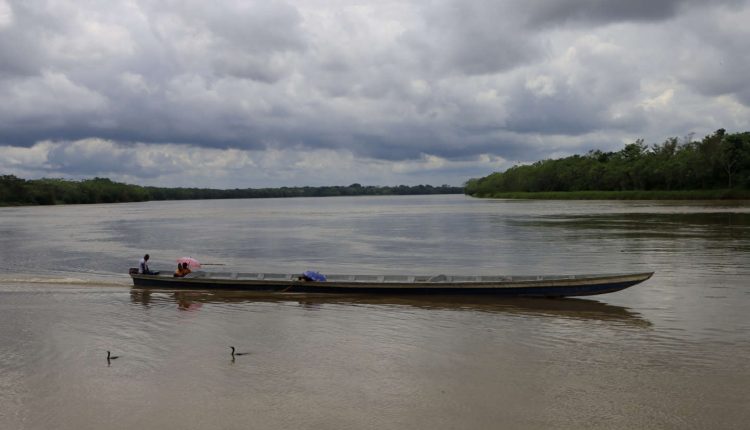 Deep in the tropical Choco region of northeast Colombia, the Atrato River flows, mighty, majestic and grimy. The propellers of the boats get caught in the plastic bags that float downstream from the river port of Quibdo. The gold mines spit their mercury into the Rio Quito and the other tributaries of the 750 kilometer long river.

“The T-622 sentence of the Constitutional Court? Everyone knows her here. explains José Adan Palacios who, on his wooden boat, transports passengers and bananas. But she didn’t change anything. Pollution continues whether by mines, deforestation or garbage cans. » In 2016, the Constitutional Court recognized the Atrato River as a subject of law. A first. The decision set precedent in Colombia. Several rivers and the entire Amazon – which covers 42% of Colombian territory – are now subjects of law.

Maryuri Mosquera, 39, is an agricultural engineer and “guardian” of Atrato. The judgment of the Constitutional Court appointed as legal representatives of the river seven local organizations, which each appointed two guardians of the river. Maryuri and his colleagues are therefore responsible for ensuring that the court decision is implemented. “It is a somewhat disproportionate task”, she sighs. The magistrates ordered the Colombian State to decontaminate the river, to put an end to illegal mining, to ensure the food security of the local populations and to carry out the necessary toxicological and epidemiological tests. “To do all this, you need money and you need political will”, continues Mariyuri. Two rare commodities in this poor and neglected region of Choco. The communities that live on the banks of the Atrato – half a million people – are Indian or Afro-descendant.

“We don’t eat oil or copper”

The Atrato finds its source at more than 3,000 meters above sea level, on the western slope of the Andes mountain range. “Here, the water is crystal clear”, observes Ramon Cartagena, known as “Moncho”, pointing to the La Calera waterfall which tumbles down the verdant mountain. Ten kilometers below, the water of the torrent, which has become Atrato, has turned dull gray. “We came to picnic with the family and to fish, continues Moncho. Today, we do not want to dip our hands in the water of the river and even less to bathe in it. » Moncho worked for sixteen years in the copper mine of El Roble, the only one authorized on the Atrato. Operation passed into Canadian hands in 2013. “Water is essential. We don’t eat oil or coppersighs Ramon. But the mine is the only employer in the region. » Became guardian of the river “out of civic duty”, he received death threats. Colombia is one of the most dangerous countries in the world for environmental activists.

You have 66.17% of this article left to read. The following is for subscribers only.

Donald Trump, “angrier than ever”, resumes meetings for the Republican…

Peru: new clashes in Lima, one death among the demonstrators

Canada is experimenting with the decriminalization of “hard” drugs

Death of Tire Nichols: the Memphis police unit involved in his violent arrest has…

“Caral, the oldest city in America”, on Arte: at the heart of the cradle…

Haiti: Faced with gangs, Doctors Without Borders announces a reduction in its…