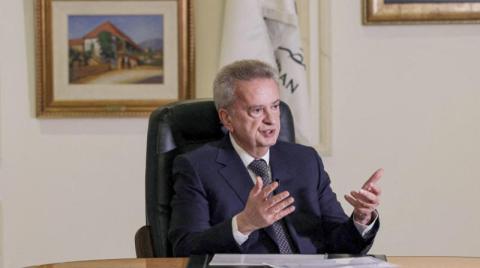 The French judiciary accused the Ukrainian woman, Anna Kozakova (46 years), who is close to the governor of the Central Bank of Lebanon, Riad Salameh (72 years), of participating in complex financial transactions that allowed Salameh to hide the source of funds that he “embezzled from the Bank of Lebanon,” as well as to hide the final actual beneficiary of these funds. .

Salama faces many complaints against him in many countries. Last year, the Lebanese authorities opened an investigation against him, at the request of the Swiss Public Prosecution, in the context of investigations that he and his brother, Raja Salameh, transferred sums exceeding $300 million. Despite the complaints against Salameh, he is still in the position he has held since 1993, making him one of the longest-serving central bank governors in the world.

The Appeal Public Prosecutor in Beirut, Judge Ziyad Abu Haidar, considered that Salameh’s file is not within his jurisdiction, while a legal reference attributed, in an interview with Asharq Al-Awsat, the existing procrastination to “the irregularity of the judicial structure in Lebanon, and the absence of an authority capable of protecting the public prosecutor in the event of He made such a decision.”
… More