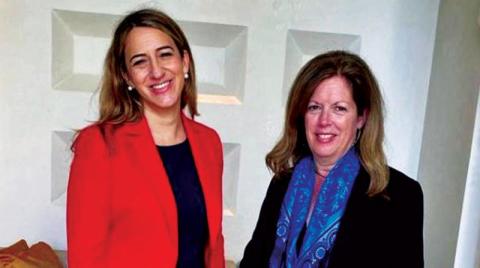 Tension in Tripoli and armed clashes in Sabratha and Bani Walid

The Libyan House of Representatives escalated its dispute with the UN advisor, Stephanie Williams, and suddenly expressed his desire to change her.

And Abdullah Blihaq, the official spokesman for the House of Representatives, quoted in a statement yesterday, on the authority of Issa Al-Araibi, one of its members, that a group of members of the House is in the process of sending a memorandum to his presidency asking it to address Antonio Guterres, Secretary-General of the United Nations, to change Williams because of what he considered “disrespectful to her.” to the decisions of the legislative authority represented by the House of Representatives, in addition to its procrastination, and its opening of dialogue paths that have nothing to do with the actors in Libya.” Al-Araibi said that Williams “has no consistent orientation; Rather, it has stalled because of not finding a consensual ground.” He considered that «the failure of the consensus that occurred with the State Council will be the result of its orientations; Because it did not deal positively with the Libyan-Libyan agreement, which produced the new executive authority headed by Fathi Bashagha, and the twelfth constitutional amendment.

In the meantime, security tension escalated in the capital, Tripoli, after a prominent aide to Abdel-Ghani Al-Kikli (Agneoh), head of the stability support apparatus of the “unity government”, was subjected to an attempt to target a street in the city. Eyewitnesses said that Abd al-Hamid al-Maghouh, one of Ignew’s assistants, was wounded after he was shot by the brother of a leader in the “Al-Nawasi Brigade”. Yesterday evening, armed clashes erupted south of the city of Bani Walid (180 km southeast of Tripoli), after unidentified gunmen arrested a number of citizens. Violent clashes with light and medium weapons also took place between rival militias in the Dahman area, east of the coastal city of Sabratha (70 kilometers west of Tripoli).
…More