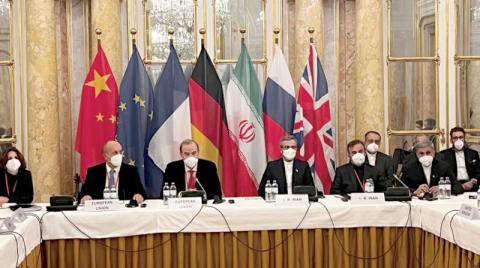 Iran has set conditions for accepting the “final text” of the European proposal on the nuclear file related to “guarantees”. On Friday, the Iranian news agency IRNA quoted an unidentified senior diplomat as saying that the European Union’s proposal to revive the 2015 nuclear deal “could be acceptable if it provides Iran with reassurance regarding protection, sanctions and guarantees.”

Iran is seeking guarantees that no future US president will withdraw from the agreement, as former President Donald Trump did in 2018, and reimposed tough US sanctions on Iran. But Western diplomats pointed out that President Joe Biden may not be able to provide such assurances, because the nuclear deal is a political understanding rather than a legally binding treaty.

On Monday, the European Union said it had submitted a “final text” after four days of indirect talks between US and Iranian officials in Vienna. A senior EU official said no further changes could be made to the text, which has been under negotiation for 15 months, adding that he expected a final decision from the parties within “very, very, very few weeks”.

For its part, the Biden administration confirmed, Thursday evening, that it is ready to “immediately return” to the nuclear agreement with Tehran if Iranian officials abandon their additional demands that go beyond the agreement signed in 2015.

The deputy spokesman of the US State Department, Vidant Patel, told reporters: “We are ready to sign and implement immediately the agreement that we negotiated in Vienna for the mutual return to the full implementation of the nuclear agreement.”
… More