Charles orders “sustainable flowers” for his first banquet as king 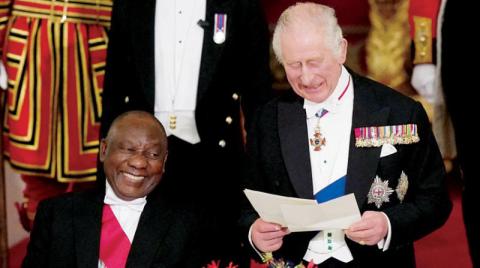 King Charles III chose an environmentally friendly option for his first state banquet as monarch, ordering sustainable flowers from the gardens of Buckingham Palace and Windsor Castle for the banquet today (yesterday), which included a lavish feast for 160 people in the ballroom at Buckingham Palace, according to the newspaper ( Metro) of London.

The king, in addition to his wife Camilla, received South African President Cyril Ramaphosa at the Horse Guards Parade in London, where he began his two-day trip there. Participants enjoyed grilled fish and wild mushrooms, followed by an iced vanilla parfait with caramelized apples.

This is the first official banquet to be held in the United Kingdom since the spread of the “Covid-19” pandemic and the death of King Charles III’s mother, Queen Elizabeth, last September.

The Princess of Wales, Kate, appeared at the banquet, radiant with pearls, as she wore a dress designed by “Jenny Packham”, and put on a favorite piece belonging to the late Princess Diana, the mother of her husband, Prince William, which is the “lover’s knot” crown studded with diamonds and pearls, which was made in 1914 and presented to the late princess As a wedding gift in 1981. 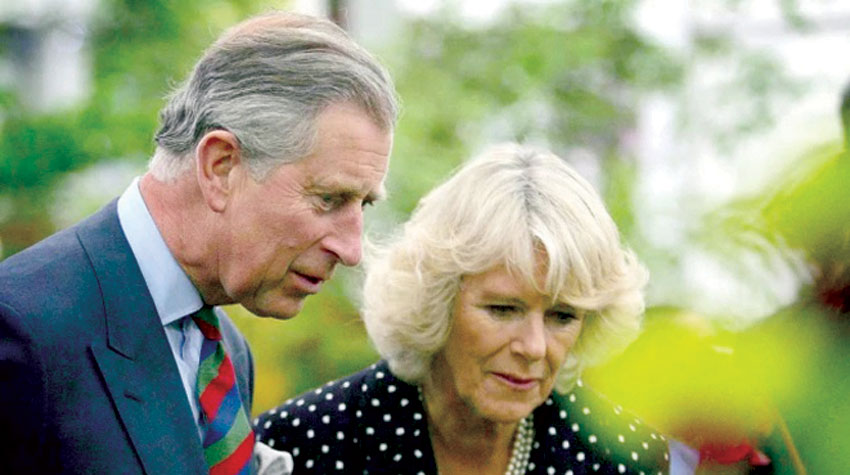 The women of the royal family also wore Queen Elizabeth II’s Family Medal, a brooch bearing her image that the late Princess Diana once wore.