Iraq..a reversal of roles between losers and winners 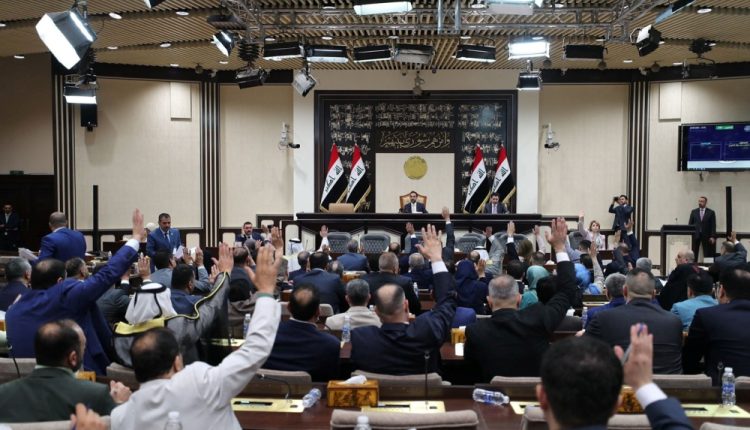 The Iraqi “Coordination Framework” coalition, which consists of pro-Iranian parties, acquired the majority of the Sadrist bloc’s deputies who resigned en masse from the Iraqi parliament, making it the first force in the parliament and allowing it to form the next government. And after the coordinating framework was a stumbling block to the formation of the Iraqi government led by a coalition led by Muqtada al-Sadr, along with the Kurdistan Democratic Party, and another coalition led by Parliament Speaker Muhammad al-Halbousi, his first speech while he was in the position of the new majority was calm, and he used a language of convergence with all parties, in An attempt to expand his chances of forming a government, with the possible return of former Prime Minister Nuri al-Maliki to the forefront of the scene.

On the Kurdish side, the Patriotic Union of Kurdistan aspires to be among the winners in light of this new formation, as it committed itself, in its previous positions, before al-Sadr’s resignation, to supporting the coordination framework. Consequently, the KDP is likely to lose its bargaining power over several positions, including the Iraqi presidency, to the PUK.

The Iraqi Council of Representatives held its extraordinary session, headed by Muhammad al-Halbousi, and attended by 202 deputies. 64 alternative deputies took the constitutional oath in Parliament during the session, and nine deputies were absent.

The 73 deputies of the Sadrist bloc submitted their collective resignation on June 12 in the midst of an ongoing political crisis since the early legislative elections in October 2021.

Parliament Speaker Muhammad al-Halbousi announced his acceptance of the resignations, saying in a tweet: “We reluctantly accepted the requests of our brothers and sisters, the Sadrist bloc’s representatives, to resign from the Iraqi parliament.”

The coordination framework won 40 of the Sadrist movement’s seats, according to a census prepared by AFP based on figures issued by the Electoral Commission. And the number of deputies for the coordination framework has increased to about 130, which makes it the largest force within the House of Representatives, and allows it to appoint a prime minister and form a government in alliance with other parliamentary blocs.

Because of the political dispute and the inability of any party to resolve matters, Parliament failed three times to elect a President of the Republic, exceeding the deadlines stipulated by the Constitution. To overcome the political blockage, options were put forward, including the dissolution of Parliament and the organization of new elections, but Parliament can only be dissolved by a decision of the Parliament itself.

During today’s parliament session, the participating political forces pledged to work to eliminate all manifestations of injustice and deprivation, and to provide job opportunities, expressing their wish that the Sadrist bloc’s deputies would be among them to find a joint government program, stressing that the differences between Baghdad and Erbil would be resolved in accordance with the constitution.

The political forces emphasized “to resolve the differences between the federal government and the Kurdistan Regional Government in accordance with the constitution and the law, to legislate the oil and gas law in accordance with the constitution, and to follow up on the reconstruction of the liberated areas, the sacrificed areas, and the poorest.”

The statement of the participants in the House of Representatives stressed the support of all political forces “while imposing the prestige of the state on everyone and stopping abuses of the law in all its forms.”