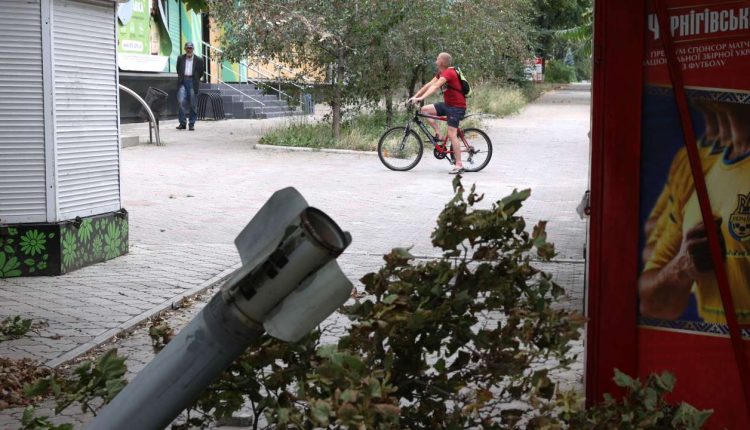 In his daily newsletterthe British Ministry of Defense returns to the series of explosions which occurred at the Saky military airfield, operated by Russia, in south-west Crimea on Tuesday August 9th.

While this territory annexed by Russia in 2014 has so far been spared the conflict, “the initial cause of the explosions is unclear, but the large mushroom clouds visible in witness videos were almost certainly caused by the detonation of up to four uncovered ammunition storage areas”writes the ministry.

“The loss of eight fighter jets represents a minor proportion of the overall fleet of aircraft that Russia has to support the war. However, Saky was mainly used as a base for Russian Navy Black Sea Fleet aircraft.adds the British Ministry of Defence.

Thus, he believes that “the naval air capacity of the fleet is now considerably degraded” and “ the incident is likely to prompt the Russian military to revise its threat perception in Crimea.

Our journalist Emmanuel Grynszpan notes in this article that after the attack, which officially caused one death and fifteen injuries, “Russia immediately sought to minimize the scope of the event, speaking of spontaneous detonation of ammunition”and ruled out the hypothesis of a successful Ukrainian attack.

For their part, the Ukrainian authorities did not claim responsibility for the attack, but “kyiv had waited several days before taking credit for the destruction of the Moskva [vaisseau amiral de la flotte russe de la mer Noire, coulé en avril] “.

If kyiv refuses for the moment to confirm any involvement of its army, a Ukrainian military official, speaking anonymously and whose word was relayed in particular by the washington post and the New York Timeshowever, claimed that Ukrainian forces were indeed behind the strikes.