War in Ukraine Live: Bombing kills more than 20 civilians in Zaporizhia, Ukraine and Russia blame each other 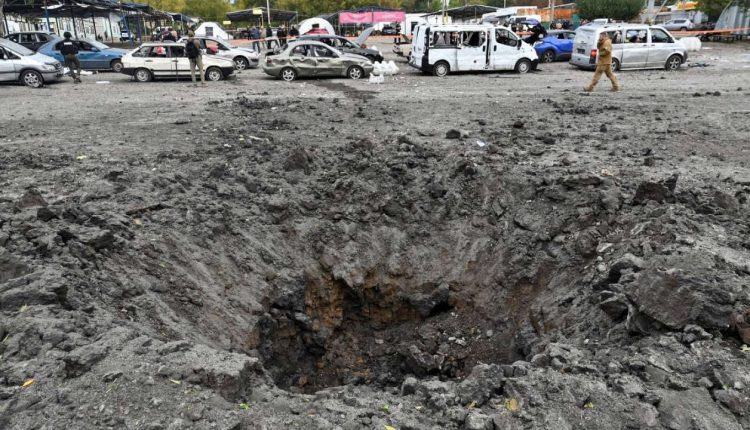 Security Council vote on a resolution condemning the Russian “referendums”

The Security Council of the United Nations (UN) will vote on Friday on a resolution condemning the “referendums” of annexation organized by Moscow in the Ukrainian administrative regions.

The meeting will take place on Friday at 3 p.m. in New York (9 p.m. in Paris) before another scheduled discussion on the leaks discovered on the Nord Stream 1 and 2 gas pipelines in the Baltic Sea, said the French Presidency of the Council.

The draft text seen by AFP “condemns the organization by the Russian Federation of so-called illegal referendums” in Donetsk, Luhansk, Kherson and Zaporizhia oblasts, and finds that they cannot have “no validity” neither “to serve as a basis for an alteration of the status of these regions”, “including any purported annexation” by Russia.

The draft resolution prepared by the United States and Albania calls on all States and other organizations “not to recognize an alleged annexation” of the four oblasts by Russia. It also demands that Moscow “stop immediately” his invasion of Ukraine and “withdraw immediately, completely and unconditionally all its military forces” from the country.

The UN Secretary General, Antonio Guterres, meanwhile, unequivocally denounced Thursday the imminence of Russian annexations, believing that they have not “no place in the modern world”.

If the Russian veto is not in doubt during Friday’s vote, it is above all the position of China, sometimes accused by Westerners of being too conciliatory with Russia, which will be examined with attention. Beijing, officially neutral, this week repeated its call for respect for territorial integrity ” From all countries “. India’s position will also be closely monitored.

The two countries had abstained in February, the day after the Russian invasion, when Russia had vetoed in the Council a resolution denouncing its ” assault “ from Ukraine.

This subsequent vote in the General Assembly, where none of the 193 member states has a veto, will make it possible to assess the degree of isolation of Russia at a time when certain developing countries are annoyed that the West is concentrating all its watch out for Ukraine.