Several dead in explosion near mosque 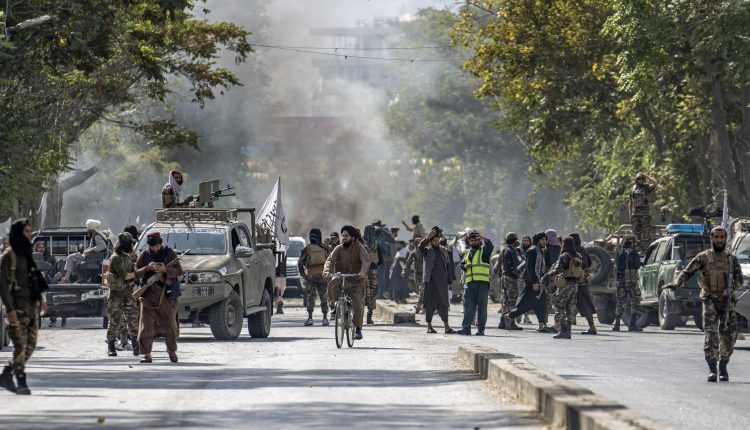 At least seven people were killed and more than 40 injured in a car bomb blast near the Wasir Akbar Chan Mosque in Kabul. So far, no one has claimed responsibility for the alleged attack.

Shortly after the end of the traditional Muslim Friday prayers, a car bomb exploded near a mosque in the Afghan capital Kabul. According to the Interior Ministry, which is run by the radical Islamic Taliban, at least seven people were killed. 41 people were injured.

Taliban-appointed ministry spokesman Abdul Nafi Takor said the vehicle carrying explosives was parked near the Wasir Akbar Khan Mosque. He said children were among the injured. The Italian emergency hospital in Kabul had previously spoken of four fatalities.

The Wasir Akbar Chan Mosque is not far from Kabul’s former “Green Zone”, a district where several embassies were located before the takeover. As the AFP news agency reports, the place of worship is now frequently visited by high-ranking Taliban commanders and fighters. The mosque had already been the target of an attack in 2020 in which its then imam was killed.

According to the Ministry of the Interior, officials are still looking for the cause of the explosion. However, a spokesman for the Kabul police chief spoke of a targeted attack on visitors to the mosque based on the time of the detonation. No one has known about the alleged attack so far. Since the Taliban took power, the rival terrorist group “Islamic State” has repeatedly attacked mosques and worshipers, particularly those of the country’s Shiite minority.

The UN mission Unama in Kabul is also assuming an attack and described it on Twitter as a bitter reminder of the ongoing insecurity and terrorism in Afghanistan. “Our thoughts are with the families of those killed,” said the UN mission, wishing the injured a speedy recovery.