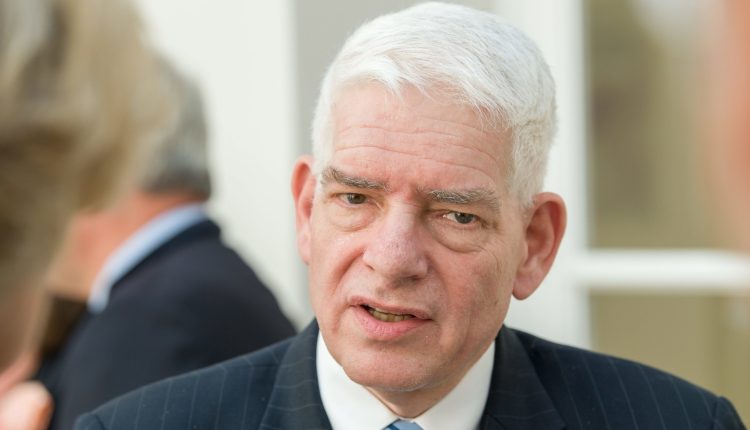 Josef Schuster remains President of the Central Council of Jews for four more years. The Presidium unanimously confirmed the 68-year-old in office. Schuster has already announced plans for his third term.

Mark Dainow from Offenbach am Main and Abraham Lehrer from Cologne were also confirmed in their offices as vice-presidents.

Schuster has been President of the Central Council since 2014, succeeding Dieter Graumann. In 2018 he was re-elected for a second term.

Schuster: “Positive elements of Judaism” in the foreground

After his election, Schuster announced that in his third term as president, he wanted to place more emphasis on the positive elements of Judaism in Germany. “We don’t always want to be just moral admonishers, we want to find answers to the social questions of our time and thus create encounters and break down prejudices,” he said.

Jewish Academy to be opened in Frankfurt

The focus of this effort is the opening of the Jewish Academy of the Central Council in Frankfurt, which is planned for spring 2024. “I’m also concerned with constantly developing the work within the Jewish community,” emphasized Schuster. He is pleased that after long deliberations, a new jurisdiction for the communities has now been introduced.

Schuster has been on the Executive Committee since 1999

He was born on March 20, 1954 in Haifa, Israel. During the Nazi era, his family, whose history in Lower Franconia can be traced back more than 400 years, had to flee Germany. When she returned to the region in the mid-1950s, Schuster was two years old. After graduating from high school and studying medicine, he completed specialist training. In 1988, the married father of two children established his own practice as an internist. He led them until 2020.

The Central Council of Jews

The Central Council is the umbrella organization of the Jewish communities in Germany. 23 state associations with more than 100 communities are organized under its umbrella. The President represents the Central Council in talks with politicians, the media, associations and religious communities. The council is the supreme decision-making body and meets once a year. It approves the budget and oversees the work of the Executive Committee.