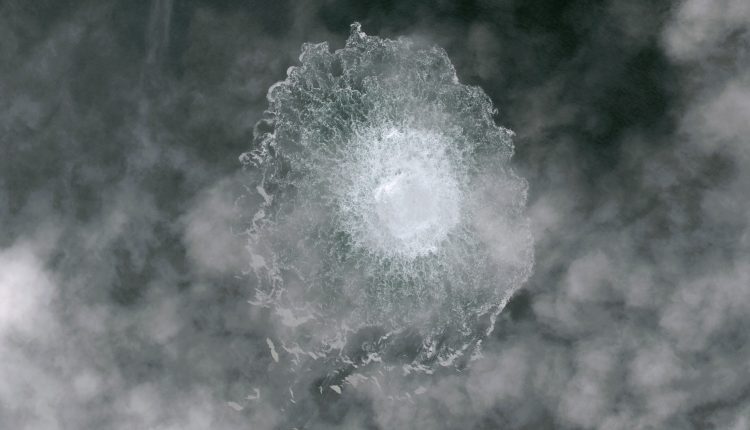 Russia has accused the British Navy of planning and carrying out attacks on the Nord Stream pipelines. The same unit was also behind a drone attack in Crimea in the morning. Great Britain rejected the claim.

The Russian government has accused Britain of being responsible for the explosions at the Nord Stream 1 and 2 gas pipelines. “According to the available information, representatives of a unit of the British Navy were involved in the planning, preparation and implementation of a terrorist attack in the Baltic Sea on September 26 this year,” the Defense Ministry in Moscow said. The ministry did not provide any evidence for these allegations.

The four explosions in the Baltic Sea off the Danish island of Bornholm had torn several leaks in the Nord Stream pipelines. The leaks discovered on September 26 were preceded by explosions. The first underwater investigations confirmed the suspicion of acts of sabotage. The Nord Stream pipelines were out of service at the time of their damage but filled with gas.

So far, it has not been proven who is behind the explosions. The Swedish public prosecutor’s office had just announced new investigations into the crime scenes surrounding the gas leaks on the Nord Stream 1 and 2 pipelines. Russia has repeatedly complained that it was not included in the international investigation into the leaks allegedly caused by acts of sabotage.

The government in London sharply rejected the allegations now being made by Russia against the British Navy. “To distract from their disastrous handling of the illegal invasion of Ukraine, the Russian MoD resorts to spreading false claims of epic proportions,” the British MoD said on Twitter. “This made-up story says more about disputes within the Russian government than about the West.”

Former Royal Navy Admiral Chris Parry made similar comments about the Russian allegations. “It’s a blatant lie and we all know it was the Russians,” he told Sky News. “Russian propaganda always blames everyone else for what they actually did themselves.” The British Navy does not have the ability to blow up the gas pipelines.

The Russian government has also accused Britain of involvement in Saturday morning’s drone strikes in Crimea. “This morning at 4:20 a.m. the Kiev regime carried out a terrorist attack on the ships of the Black Sea Fleet,” the Russian Defense Ministry said. Most of the 16 drones were intercepted via Sevastopol. The minesweeper “Iwan Golubez” and installations in a bay were slightly damaged.

The “act of terrorism” was carried out by British “specialists” stationed in Ochakiv in the Ukrainian region of Mykolayiv, it said. These British units are also responsible for training Ukrainian special forces for naval operations. The Defense Ministry also said that the ships now being targeted in Sevastopol were being used to protect the convoys exporting Ukrainian grain. Sevastopol is the home port of the Russian Black Sea Fleet.

An adviser to the Ukrainian Ministry of the Interior, Anton Herashchenko, told Telegram that “negligent handling of explosives” caused explosions on board four of the fleet’s warships. The information about the events in Sevastopol cannot be independently verified.