NASA and Boeing are working on lower-carbon aircraft 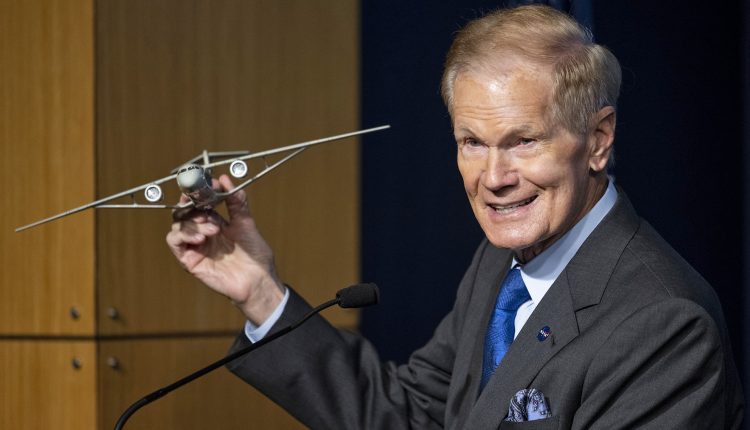 The US space agency NASA is working with Boeing on a more climate-friendly aircraft. The machine is said to use 30 percent less fuel and cut emissions by almost a third.

The wingspan of the aircraft is longer – the fuel consumption is lower. For the joint “Sustainable Flight Demonstrator” project, the US space agency NASA and US aircraft manufacturer Boeing are working together on a more climate-friendly passenger aircraft. The head of the space agency, Bill Nelson, announced yesterday that Boeing had been awarded the contract for the project.

The purpose of the multi-billion dollar project is to develop a more fuel-efficient and environmentally friendly aircraft: 30 percent fewer emissions and 30 percent less fuel is the self-declared goal. “If we’re successful, we could see these technologies on planes that take off in the 2030s,” said NASA chief Nelson.

Basis for construction of the next generation

The space agency is making almost $425 million available to Boeing for this purpose. Boeing and its industrial partners are investing an additional $725 million. Small and medium-sized aircraft with a center aisle – also known as single-aisle aircraft – are responsible for almost half of the world’s aviation emissions, according to the space agency. Among other things, US President Joe Biden’s “Climate Action Plan” envisages reducing these emissions by 20 percent by 2030. By 2050, greenhouse gases in the sector are to be reduced to zero. The project aims to help achieve this goal.

Tests with the demonstration aircraft should be completed by the end of the decade. Then the technology and designs behind it could serve as the basis for building the next generation single aisle. Boeing CEO Dave Calhoun said as late as November that the planemaker’s next all-new commercial jets weren’t expected until the mid-2030s — and that improving emissions was an important factor.

Boeing and NASA are working on a joint aircraft with fewer emissions. The wings should be longer.

Technologies and data from the space agency NASA are not finding their way into commercial aviation for the first time. “NASA has made aviation more sustainable and reliable – it’s in our DNA,” said Nelson with pride. When the cooperation was announced, he already showed a small model of the “Sustainable Flight Demonstrator”, which is scheduled to take off for the first time in 2028. It has thinner wings supported by diagonal struts.

Boeing’s concept of longer wings is referred to as a “transonic truss-braced wing”. The wings should have a span of almost 52 meters. For comparison: The wingspan of the Boeing 737 MAX is around 36 meters. The longer wings could accommodate more advanced propulsion systems, limited by a lack of underwing space on today’s aircraft, Boeing said. In addition, due to their shape, they generate less air resistance, which consumes less fuel.

Nelson emphasized that this not only benefits the environment and the commercial aviation industry, but also passengers worldwide. With the lower consumption, flying becomes cheaper.

Airbus is working on hydrogen aircraft

Boeing’s competitor Airbus is also working flat out on more environmentally friendly passenger aircraft. By 2035, the European aircraft manufacturer intends to bring a market-ready hydrogen-powered passenger aircraft onto the market, thereby enabling CO2-neutral flying. With 100 to 200 seats, the machine could offer about the same capacity as the current medium-haul jets of the A320neo family.

The group is currently working on the basics with engine manufacturers and other partners. The basic concept should be in place by around 2025. The development is to be officially launched in 2027 or 2028.