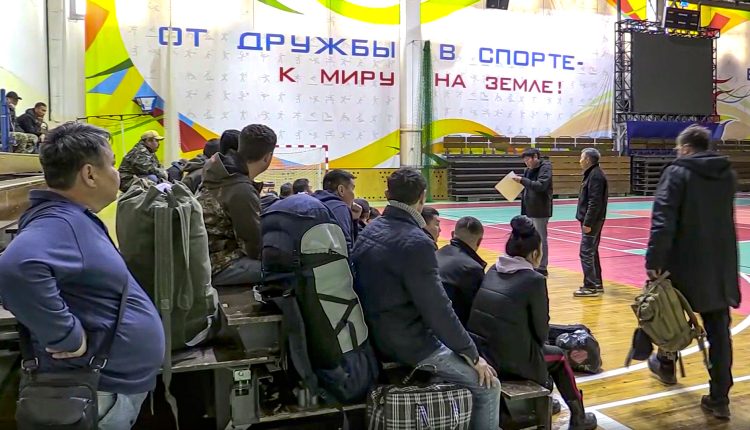 The Russian government has announced the first clarifications on partial mobilization – including which sectors are exempt. At the same time, the Kremlin speaks of exaggerated reactions to the announcement.

“It’s kind of understandable that in the first few hours after the announcement and even on the first day, there was a hysterical, extremely emotional reaction because there was in fact insufficient information,” said Peskow. In the meantime, however, there are also hotlines to clarify questions by telephone.

The Defense Ministry in Moscow said that high-tech workers should not be drafted. Accordingly, the employees of the state media do not have to go to war either. Protected are therefore editors, publishers, employees of television, radio and newspapers. They are among the most important pillars of Putin’s power.

In view of the partial mobilization due to the war in Ukraine, Russian aviation is apparently facing personnel problems. Up to 80 percent of employees could be drafted, the Russian newspaper Kommersant reported, citing insiders. The background is that Russian pilots were mostly trained in the military departments of flight schools or have completed their military service. This means they can be among the reservists who are now supposed to reinforce the Russian military

Within a day of the order, employees from at least five airlines and more than ten airports had received their draft notices. The largest Russian airline Aeroflot therefore expects that more than half of its staff could be drafted. Aeroflot declined to comment.

Thousands of men fled the country as reservists were called up for the war in Ukraine. The many departures are also considered a danger for the Russian economy. After Putin ordered the invasion of Ukraine in February, tens of thousands of people left the country.

According to the authorities, the number of people from Russia who want to leave their country is also increasing on the border with Kazakhstan. According to a statement from the Kazakh border guards, four of the 30 border crossings are particularly busy, but they do not give any figures.

No travel ban for reservists – but…

The head of the defense committee in the Russian parliament, Andrei Kartapolow, explained with regard to the flight that the law on mobilization does ban reservists from leaving the country. However, because it is a partial mobilization, the law will not be applied. Travel within Russia and abroad is therefore allowed. But he recommended reservists who are unsure to go to the draft station themselves to clarify what is and isn’t allowed.

New book about Trump: Precise analysis instead of new sensations