Huts on Mont Blanc closed because of “warriors”. 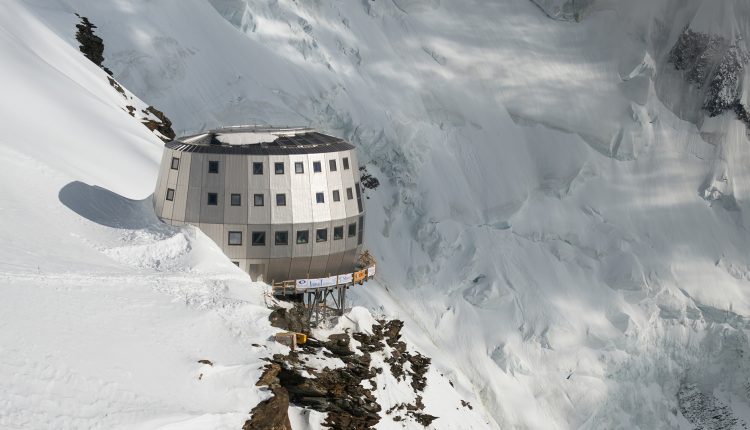 The danger of crevasses and falling rocks on the main route to Mont Blanc is currently extremely high. Despite explicit warnings, amateur alpinists still choose this route. That’s why the authorities are now closing mountain huts.

The mayor of the municipality of Saint-Gervais, Jean-Marc Peillex, has ordered the closure of mountain huts where climbers stay on the way to Mont Blanc. The Tête Rousse and Goûter huts are specifically affected by the arrangement.

As a reason, the mayor wrote via Twitter that despite current warnings, hobby alpinists have repeatedly started the ascent to the almost 4808 meter high Mont Blanc from Saint-Gervais in France. In the municipality of Saint-Gervais there is a significant part of the Mont-Blanc massif, which is accessible from Saint-Gervais via the Tramway du Mont-Blanc cog railway up to 2386 m altitude.

In a statement, Peillex wrote: “How sad to be forced by some warhorses who know neither God nor law to make a decision that shouldn’t be necessary”. Peillex said on the French broadcaster RMC that the mountain was thundering – there were rocks as big as cars that were breaking away.

The visibly upset mayor, who has long had a thorn in his side of poorly prepared alpinists, brought up a bail for mountaineers: In his opinion, 15,000 euros should be withheld for a “climb with death in your luggage” to cover the costs of rescue and a burial site to cover However, Peillex also wrote in his statement that this would probably be difficult to enforce legally.

In consultation with the prefecture, the town has been advising against climbing the highest mountain in the Alps since mid-July. The mountain guide associations of Chamonix and Saint-Gervais at the foot of Mont Blanc announced that they were giving up the ascent via the “normal” route from Le Goûter due to rockfalls.

The lack of snow and the warmer temperatures this year mean that the conditions for tours to Mont Blanc are so difficult that only a few can dare the ascent – via routes that are reserved for experts because of their level of difficulty.

Not only on Mont Blanc, but everywhere in the high altitudes of the Alps, climate change is becoming an increasing problem for mountaineers. Because permafrost is thawing, rockfalls are becoming more frequent. The inspection of glaciers is also becoming more difficult because of the crevasses that open up.

According to experts, the dramatic accident on Mount Marmolada in Italy is also a consequence of climate change. A large piece of the glacier broke off here at the beginning of July, killing eleven people.