Theft of Banksy’s work painted on the Bataclan: eight men sentenced to sentences ranging from suspended to two years 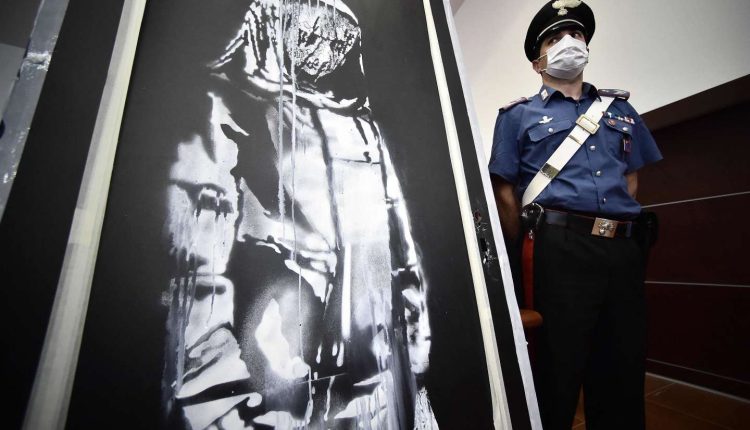 They had stolen or participated in the concealment of a work by Banksy in tribute to the victims of the attacks of November 13, painted on a door of the Bataclan. Eight men were sentenced Thursday, June 23, in Paris, to terms of up to two years in prison. The investigations had made it possible to find the work, stolen in eight minutes on the night of January 25 to 26, 2019, a year and a half later, in June 2020, in Italy.

Read also Article reserved for our subscribers The incredible journey of Banksy stolen from the Bataclan, then found in Italy

The three thirty-somethings, who admitted the theft, were sentenced to one of four years in prison, including two years, for the other two to three years in prison, including eighteen months. The public prosecutor had requested that he be kept or immediately returned to detention. The court decided that they would serve the firm part of their sentence under an electronic bracelet.

Another 41-year-old defendant, to whom the door was transported and stored on the day of the theft in the Var, was sentenced to three years in prison, including twenty months, to be served there also under bracelet. The court did not follow the accusation which considered this millionaire amateur of street art as the sponsor of the theft. He was only convicted for concealing the door.

Three men who participated in transporting the work at different stages were sentenced to ten months in prison. Finally, a 58-year-old Italian, owner of a hotel in Abruzzo where the Banksy was once stored, was given a six-month suspended sentence.

Read also: Article reserved for our subscribers Porte du Bataclan: the team of the Lyonnais who stole the work of Banksy detailed by justice

The Bataclan, a mythical hall in eastern Paris, was targeted on November 13, 2015 by a commando of jihadists who left ninety dead and several dozen injured, mostly rock fans attending a concert of the American band Eagles of Death Metal.

The “sad girl” had been painted with a stencil, in June 2018, in the passage Saint-Pierre-Amelot, an alley by which many spectators had fled the attack. His disappearance sparked a “deep outrage”, in the words of the Bataclan team. This “symbol of meditation and belonging to all, local residents, Parisians, citizens of the world, has been taken away from us”she lamented.