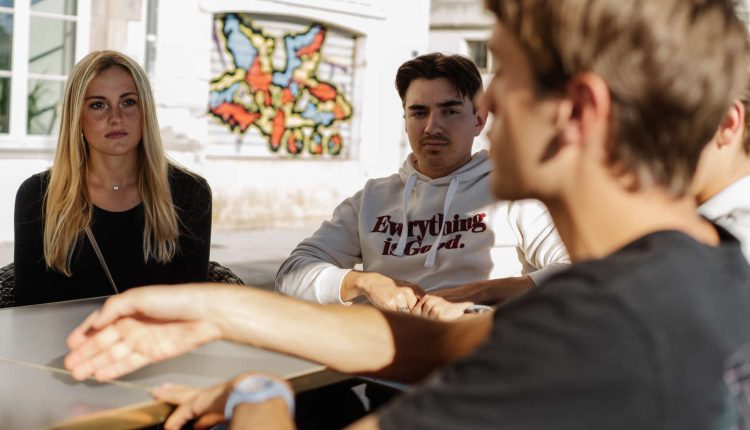 Five years after the birth of the #metoo movement, the teenagers of that time have become young adults. They grew up and built their identity and their relationship with others in the movement, the liberation of speech and the fight for equality.

Even if the precise impact of #metoo remains difficult to measure, Arthur Vuattoux, lecturer in sociology at the Sorbonne-Paris-Nord University and co-author of the survey Young people, sexuality and the Internet (Les Pérégrines, 2020), believes that the dissemination of the movement on social networks has made it possible to raise awareness among all adolescents, with a lesser divide between the city and the countryside.

Read the report: Article reserved for our subscribers #metoo: five years later, six young adults tell how the movement has forged their relationship with others

Has the #metoo surge affected this generation of teenagers and the construction of their social relationships?

It is an impact that is still quite difficult to measure precisely due, above all, to the lack of hindsight. However, we manage to formulate hypotheses which are partly verified during our interviews, in particular that of a kind of diffusion of a gender consciousness or feminist consciousness among these young adults. We owe it in particular to the fact that #metoo has succeeded in going beyond circles of insiders on social networks to be exported to the media.

It is thus estimated that today, all young people have already heard of consent – ​​whether they have integrated and chosen to apply the concept or not – which was probably not the case at all. ‘ten years ago. According to the first conclusions of the qualitative and quantitative surveys in progress, young people who, because of their social or territorial profile, were not familiar with these concepts, are increasingly aware of the issue.

Is there a difference between urban and rural youth?

The #metoo movement was born and spread first on social networks, which reduced the difference in impact between urban and rural young people. We enjoy the same access to the Internet almost everywhere in the territory, and young people are more or less all connected in the same way, even if the uses differ according to their educational, economic or cultural capital.

However, disparities between town and country remain due to a difference in access to resources, especially at the time of sexual debut. In urban areas, for example, it is easier to find a family planning center or sex education workers in schools. But these are fairly classic effects of unequal access to information.

You have 33.59% of this article left to read. The following is for subscribers only.