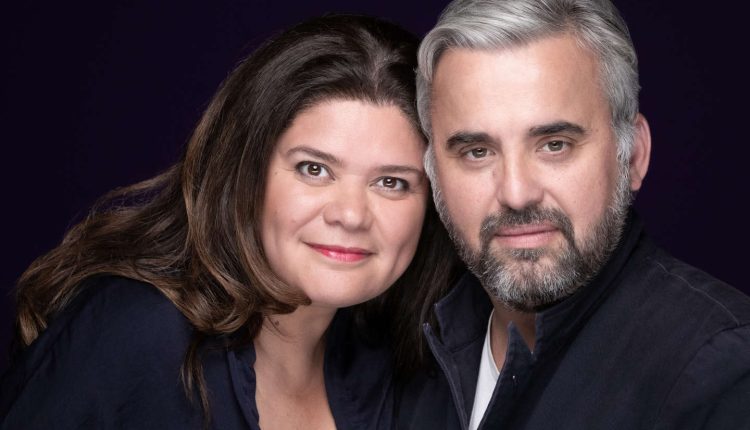 Thursday June 23, Raquel Garrido opened the door of her apartment in Bagnolet (Seine-Saint-Denis) and found herself facing a stranger. “Well, well you live there”, dropped the man, turning on his heels. The deputy La France insoumise (LFI) of Seine-Saint-Denis continued: “He told me he was a journalist, explains the chosen one. It’s crazy, like what’s been happening to us since yesterday. »

” Yesterday “ dates back to Wednesday June 22, shortly before 3 p.m., when the site of the weekly Point publishes an investigation by the house police specialist, Aziz Zemouri. In this long article, the journalist assures that the couple formed by Mme Garrido and Alexis Corbière, also a pillar of LFI and deputy for Seine-Saint-Denis, employs a 36-year-old Algerian as “housekeeper without a residence permit and subjected to hellish speeds”.

The young woman was reportedly checked by the police in May, while she was walking “the youngest of the couple, who has three children”. Problem: neither the Paris prosecutor’s office nor the Paris police headquarters (PP) have any wind of any procedure for illegal stay, a real anomaly, given the notoriety of the couple. “This kind of reserved business usually comes back to us extremely quickly. The nothing “observed, Wednesday, a police officer of the PP.

The article, however, still quotes several sentences presented as extracts from SMS exchanges between Mme Garrido and his alleged housekeeper, who demands his salary: “We put a roof over your head, we make you work so either you’re grateful or I’ll take someone else, now stop.” » The couple of “rebellious”, further specifies Pointwould have promised papers to the young woman against her docility and would have a pied-à-terre in Paris, where her three children would be educated, suggesting an intention to circumvent the school map.

“We have to justify ourselves on aspects that only concern our family”, indignant Raquel Garrido

By discovering the article, Raquel Garrido said to fall from the clouds. Especially since, the day before the publication, Tuesday, June 21, at 5:52 p.m., she received an SMS sent from the personal e-mail address of Aziz Zemouri, who questioned her exclusively about a possible intervention of her part in a regularization procedure. Conclusion of the following conversation, via text message: “Big anything. »

In a press release published a few hours after the publication of the article, she and her companion strongly refute the allegations of the weekly. “And we have to justify ourselves on aspects that only concern our family”is indignant Mme Garido. The custody of “the youngest” ? Provided by the father of the chosen one, who came especially from Chile in April and March, then by her mother. Children schooled in Paris? The youngest, aged 9, is in Bagnolet; the youngest, 19, works in restaurants in Paris; the eldest, 22, lives most often in Marseilles, where she takes correspondence courses. As for the couple’s Paris apartment, in the 12e arrondissement, the family left it in 2017, after a controversy over the advantageous conditions under which it would have occupied these approximately 80 square meters belonging to the park of the Real Estate Board of the City of Paris (RIVP).

You have 59.64% of this article left to read. The following is for subscribers only.