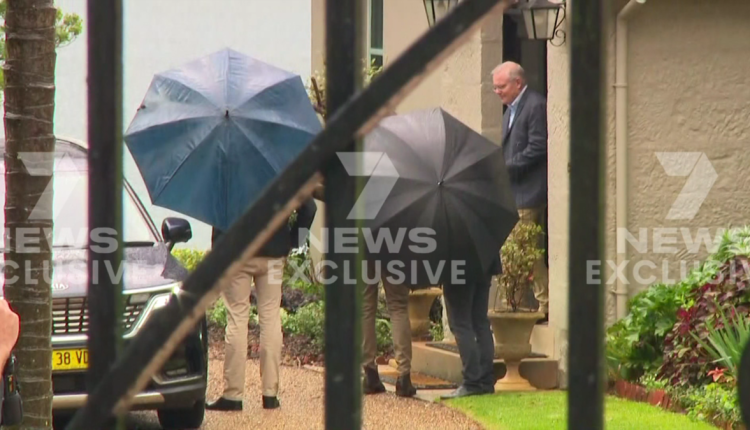 Photographs have revealed Scott Morrison leaving Kirribilli House with his family on Sunday.

It’s the first time the outgoing PM has left the official prime minister’s residence since his federal election loss on Saturday night.

Watch the video to see more

It is not yet known where the Morrisons are heading, but they are expected to return to the residence before moving out.

Scott Morrison, his wife Jenny, his mother and his mother-in-law were seen exiting the house, shielded by umbrellas.

They did not speak to reporters gathered outside, and left Kirribilli House in a convoy of cars.

The appearance comes the day after Morrison conceded defeat at the 2022 federal election.

Morrison will resign as parliamentary party leader but will remain in parliament as the member for Cook.

Anthony Albanese will be sworn in as Australia’s 31st prime minister.

All of the seats that have been won, lost or are still undecided in the federal election