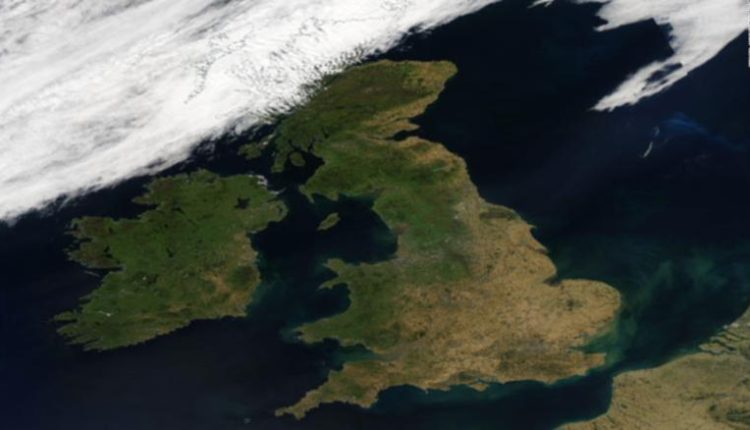 Large swaths of England have officially descended into drought, authorities announced Friday, urging residents and businesses in affected areas to conserve water in the driest summer in 50 years.

The Environment Agency announced that England’s south, southwest and southeast are in drought, along with central and eastern regions, after convening the National Drought Group, made up of water companies, ministers and other water authorities. Parts of the capital, London, are also affected.

The UK has had five consecutive months of below-average rainfall and back-to-back heat waves, with temperatures expected to peak on Saturday as high as 37C in some parts. Only two months since the start of 2021 have seen at least average rainfall.

Southern England received just 17 per cent of its average rainfall in July, according to the UK Met office.

“We are currently experiencing a second heatwave after what was the driest July on record for parts of the country. Action is already being taken by the Government and other partners including the Environment Agency to manage the impacts,” the country’s Water Minister Steve Double said in a statement.

“All water companies have reassured us that essential supplies are still safe, and we have made it clear it is their duty to maintain those supplies.”

While the lack of rain and heat are driving this drought, around 3.1 billion litres of water are lost every day in England and Wales through leaks in the nations’ ageing infrastructure. Consumer groups and experts have called on water companies to do more to plug leaks.

The Environment Agency said in its statement that the government expected water companies “to reduce leakage and fix leaking pipes as quickly as possible and take wider action alongside government policy”.

Several rivers across England have been drying up in parts, including the Thames, which runs through London. Officials have been reoxygenating rivers and rescuing fish where levels are low. Water levels in reservoirs are also rapidly dropping.

A car passes over a bridge over a dried up river bed where the River Thames usually flows, near Kemble in Gloucestershire.

The drought declaration means water companies and governments should implement drought plans without seeking permission from ministers. Companies are likely to impose more hosepipe bans, which are already in place for millions of people, forcing them to water gardens and wash cars without hoses, and refrain from filling up paddling pools in the ongoing heat wave. Companies could also take more water out of rivers and other sources to ensure supplies.

Thirteen rivers that the Environment Agency monitors as indicators of wider conditions are at their lowest levels ever recorded, while soil moisture is comparable to the end of the 1975-76 drought, one of the country’s most severe. That drought was also triggered by a combination of extreme heat and consecutive months of low rainfall.

The amber alert is one tier below the more severe red alert and means that there is likely to be stress on water supply sources, reduced agricultural and crop yields, localised wildfires and impacts on wildlife and their habitats, according to a previous report by the Environment Agency.

The London Fire Brigade has also warned of “tinderbox dry” conditions this week and an “exceptional fire risk” across the capital as temperatures are expected to reach 36C on Saturday and as grass – from lawns to public parks and heaths – is bone dry and brown without the usual rainfall. Parts of the capital, including homes and parks, were hit by fires on July 19 during a record-breaking heat wave.

The UK does typically experience drought conditions every five to 10 years in some areas. The Centre for Ecology and Hydrology has said that drought conditions could continue until at least October. The agency only looks a few months ahead, and climate scientists have warned that if this coming winter is also dry, like last winter, the UK’s food security could be at risk.

Local residents use garden hoses to assist fire crews tackle a crop fire that swept over farmland and threatened local homes on August 11, 2022 in Skelton, England.

Liz Bentley, CEO of the Royal Meteorological Society, said that there were already concerns about the impact of drought on food supplies and affordability.

“Even in current conditions, yields are going to be down for a number of crops and the price of these things are going to go up, and obviously that’s due to drought here in the UK. But there’s other things going on across Europe.”

Around 63 per cent of the land across the European Union and UK is under drought warnings or alerts issued by the European Drought Monitor, meaning there is inadequate moisture in the soil. That’s an area almost the size of India, or the three biggest US states – Alaska, Texas and California – combined. On 17 per cent of land, drought conditions are more severe, meaning vegetation is stressed.

Experts are warning that drought could continue into the autumn, or even winter, which is when the nation typically gets most of its rain to store for drier parts of the year. Another dry winter would put even more stress on food security.

“It’s going to continue into the autumn and then really, we don’t know beyond that. It depends on whether we see any significant rainfall – good steady rainfall that replenishes water levels,” Bentley said. “What we don’t want at the moment are heavy, thundery downpours, because the ground is so dry that water just runs off. It doesn’t soak into the ground.”

Humans evolved living in caves on Earth. Now caves could be key to living on the moon