“With Putin, we would have already hit Taiwan”: the disappointment of Chinese ultranationalists 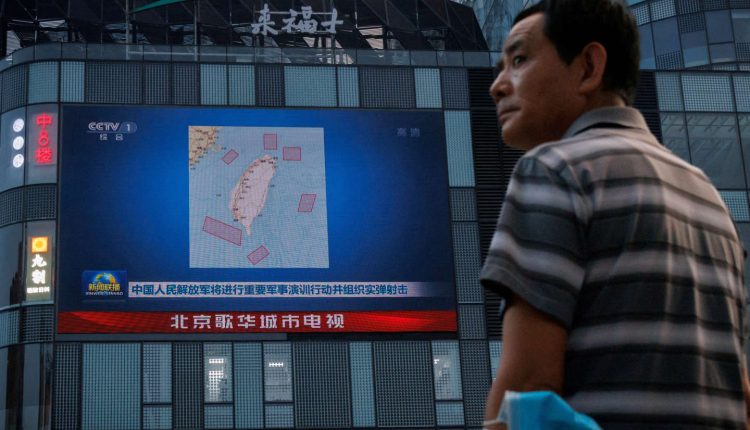 The Chinese nationalists believed the time had come: China, this time, was going to stand up straight, without bowing down to the United States. While the information on the arrival of Nancy Pelosi in Taiwan multiplied, Beijing sent strong signals. Between two Chinese flags, in a dark suit, Foreign Ministry spokesman Zhao Lijian warned: “The People’s Liberation Army will not sit idly by. And if she dares to come, then we will see…” he let go before striking a threatening silence.

The columnist for the nationalist daily GlobalTimesHu Xijin, went further: “Our combat aircraft should deploy all possible obstruction tactics. If they’re ineffective, I think it’s OK to shoot down Pelosi’s plane. » The Chinese military said in a statement: “We are ready to bury the invaders. » President Xi Jinping himself warned Joe Biden not to ” play with fire “.

Read also: Article reserved for our subscribers Nancy Pelosi freshly received in Tokyo and Seoul, embarrassed by the consequences of her visit to Taiwan

Nancy Pelosi finally landed safely aboard a US Army Boeing in Taipei on the evening of August 2. She assured Tsai Ing-wen, the president of the democratic and independent island, of the full support of the United States in the face of the threat from China, and continued her Asian tour to South Korea, less than twenty-four hours later. On the Chinese Web, the visit, without direct reaction from Beijing, caused a deluge of frustration on the part of nationalists, white-hot.

Zhao Lijian, leader of the diplomats nicknamed the “wolves fighters” for their aggressiveness in defending the motherland, suffered harsh criticism. ” You were being tough, to the point that everyone thought there was going to be a fight. Hundreds of millions of people were watching their phones, computers, TV, and the result? So far from what people expected… “Writes a disappointed internet user. Hu Xijin also takes it for his rank, accused of sensationalism.

Many believed war was imminent

For Chinese netizens, let Mme Pelosi to visit without reacting is tantamount to losing face, when many believed war was imminent. The announcement of military exercises all around the island, just after the arrival of the elected Democrat, was not enough to appease their disappointment: “You better save oil, it’s expensive right now”, quipped one of them. Another responds, echoing Zhao Lijian’s remark: ” We will see ? We will see China bombing fish? », in reference to the shootings in the waters of the strait. Some regret not being led by the Russian president, who is particularly popular in China where the state media largely pick up on Kremlin propaganda: “With Putin, we would have already struck Taiwan »writes a fan.

You have 10.19% of this article left to read. The following is for subscribers only.

In India, the silence of the political class after the aggression of Salman Rushdie