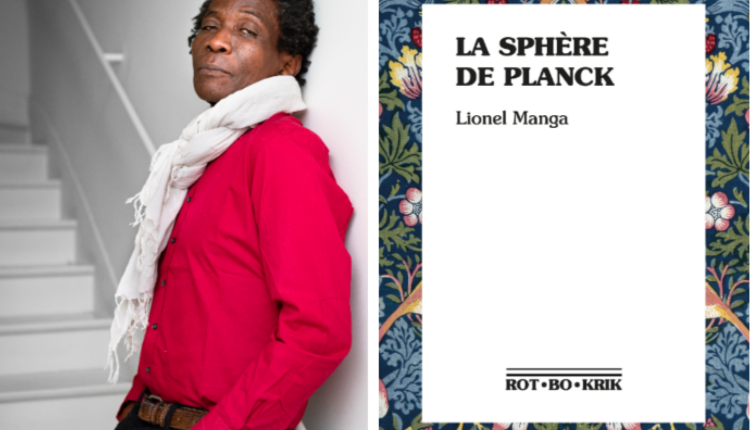 “A man returns to Cameroon after thirty years in France. » It is with this concise formula that the writer Lionel Manga enjoys summarizing the 376 pages of his first novel, The Planck Sphere. Those who know the height of reflection of this free spirit of the Cameroonian world of arts and letters will guess the complexity hidden behind the brevity of such a pitch.

The opening lines of the novel set the scene. The hero, A55, consultant by profession, arrives in Cameroon with a mission: to write a report on the country for the account of the economic intelligence firm that employs him. Having long been out of touch with his family circle, A55 believes he is capable of looking at his country of origin with the gaze of a distanced scrutineer devoid of affect.

But no sooner had he landed than the socio-political reality reminded him, arousing his apprehensions: “What did post-Ahidjo Cameroon have in store for him, flying the Paul Biya flag for three decades? » (…) “ Which Cameroon would he experience and face from the next day? How should it be taken? »

Read also: “Midnight in Algiers”, by Nihed El-Alia, diary of a trapped woman

Invited to a sumptuous evening by a high dignitary of the regime, A55 takes the road from Douala to the seaside resort of Kribi, thus seizing the opportunity to get closer to the elites and the power. Gradually, over the course of the meetings, his vision of a country is elaborated which he finds with an emotion largely tinged with bitterness. Because it is an overall statement of failure that A55 soon draws up, in view of the difficulties faced by the overwhelming majority of the population, without the passing decades bringing any improvement.

Road infrastructure, means of transport, hospital services, schools… the list is long of sectors degraded by the inaction, or even the pure and simple abandonment, of the State, creating dizzying precariousness for the inhabitants: “Day after day, A55 rediscovered to what extent the daily fate of his compatriots hung by a fragile thread, depended on the infinite arrogance of the cronies and pundits of the green-red-yellow establishment. »

As it progresses towards the great planned rout, the consultant expands its balance sheet, denouncing the brakes of generalized corruption, the monopolization of wealth, the weight of ethnic lobbies, that of the past: “This beautiful country would go absolutely nowhere without passing through this revision of the collective memory and the liquidation of the “original sin” which founded Cameroon from Mbida André-Marie, Ahmadou Ahidjo and other protagonists of the fallacious decolonization. »

And when the famous Kribi evening finally takes place, A55’s gaze is exacerbated: “They had steered their boat well from day one. They held the upper hand firmly. They took the Airbus in first at Air France to entrust their little ailments to the American hospital in Neuilly-sur-Seine. They discreetly brewed over the year colossal sums expressed in billions of CFA francs, which created no economic wealth. Again and again. By staying on their false road paved with monstrous injustices and apocalyptic distress. »

Read also: Article reserved for our subscribers The uncertain future of Cameroon after forty years of reign of Paul Biya

It is the story of a Cameroon plunged into an impasse that Lionel Manga finally tells, a country whose difficulties upset him so much that he cannot talk about them other than by expressing himself under the guise of a hero in the surname of a secret agent, wielding a mischievous irony to distance himself from reality: “When reality took such an adverse turn, A55 took out his armored chain mail: self-mockery. » A hero who finds hope in regenerating listening to musical icons such as Fela Kuti, romantic encounters and above all a jubilant handling of language.

Lionel Manga has spent nearly four years submitting to what he calls “a writing regimen” to find its shape because, he explains, “If we want the world to be different, our language to say it must be different”. The result is a novel with no real plot, but which, chapter after chapter, moves from denunciation and pessimism to hope for inevitable change. A55 does not fit in Europe “convinced by what he had seen and heard, that another Cameroon was quite possible in this XXIe century, all the same with a quantum leap” ?