In Cameroon, Emmanuel Macron’s visit “will not change anything”, say NGO officials 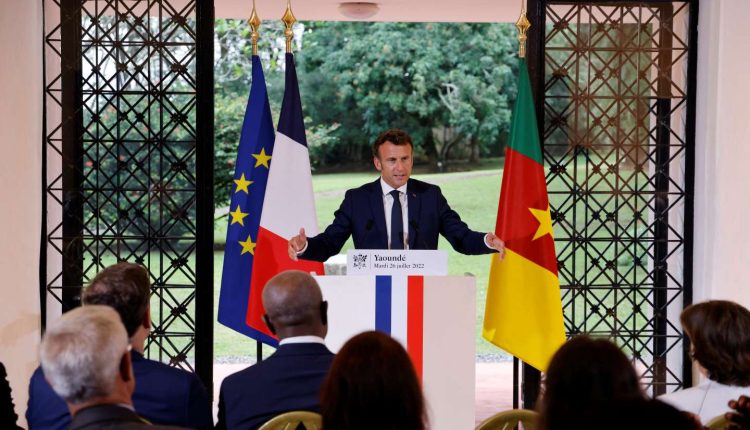 Between bitterness, disappointment but also hope on memorial issues, Cameroonian civil society was divided the day after the visit of French President Emmanuel Macron. This one “ won’t change anything » life of Cameroonians, hit hard by rising food prices and the scarcity of gasoline, said Philippe Nanga, coordinator of the NGO Un Monde Avenir. For the activist, it will not have made it possible to move forward on the most painful issues either: the ongoing conflict since 2017 in the two English-speaking regions, the repression affecting certain human rights defenders and journalists, the release of numerous prisoners politicians languishing in the country’s overcrowded jails.

Read the column: Article reserved for our subscribers Cameroon: “Mr. Macron should clearly express his concern about human rights violations”

“Twenty years ago, the French president would have demanded that a certain number of political prisoners be released before he arrived in Cameroon. But he came while there are imprisoned political leaders », denounces Philippe Nanga, for whom France, whose influence is declining in Africa, “no longer has a hold on dictatorships “. “We have sent many letters to President Macron on cases of human rights violations and we have not received a response », abounds Jean Claude Fogno, executive secretary of the NGO Mandela Center International. Paris explains that it regularly addresses the subject of human rights with the leaders it meets, but does so behind closed doors for greater efficiency.

Emmanuel Macron came to Cameroon for two main reasons, “defending French interests” and “avoid the rapprochement of the country with Russia”, very present in the Central African neighbour, assures Philippe Nanga. Since the outbreak of the conflict in Ukraine, many African countries have abstained in votes condemning Russia at the United Nations. Including Cameroon, where the signing of military cooperation agreements with Moscow has recently made headlines.

Asked about this subject, President Paul Biya, 89, spoke of the renewal of a “pre-existing agreement”, of“an act in the routine of diplomatic relations between our two countries”of“an act of pure management of a bilateral relationship”. With regard to the war in Ukraine, “we did not address this issue and it was out of the question for us to address it”swept away the head of state, who has ruled the country with an iron fist for forty years.

You have 64.9% of this article left to read. The following is for subscribers only.