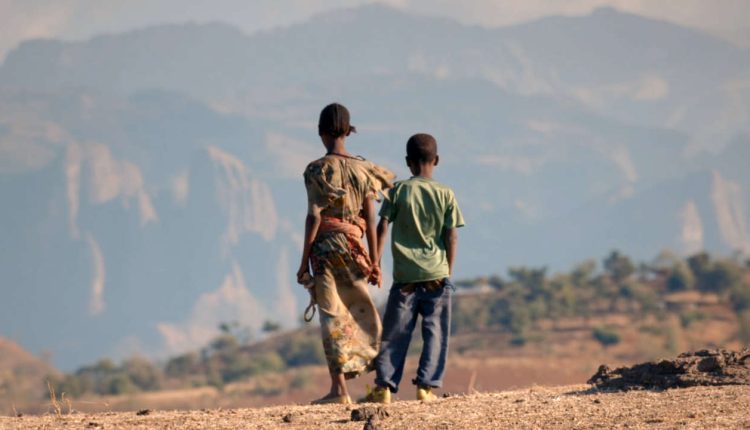 It is the worst dictatorship in Africa, an open-air prison. Since its independence in 1993, Eritrea, nicknamed the “North Korea of ​​Africa”, has been ruled with a brutal hand by the regime of Isaias Afwerki. Images showing the hell that Eritreans endure on a daily basis are rare, especially those that reveal the interior of the detention centers in which they are crammed for years awaiting trial.

The documentary “Eritrea, slave nation”, produced and directed by Evan Williams, begins with strong images where we discover dozens of bodies entangled, in darkness and unsanitary conditions that are suffocating. “We slept there on the floor, remembers Hanna Petros Solomon, a young Eritrean arrested in 2009 as she tried to leave her country in the Horn of Africa. Some [prisonnières] were desperate. In fact, all of them were desperate… The interrogations were tough. It was the first time I had seen a corpse. »

Since the introduction of indefinite military service, more than 500,000 Eritreans – in a country of 3.5 million people – have already fled. How many died on the way? This remarkable investigation, which required five years of work, is based on numerous testimonies, often from former detainees who succeeded, at the risk of their lives, in crossing the border with Ethiopia. In a country entirely criss-crossed by a network of military camps, they describe the tortures suffered, the confinements in underground cells called “the oven”, the psychological ravages they cause.

In Eritrea, there is no judicial system, no parliament and of course no independent media. The videos of the documentary, sometimes shot clandestinely thanks to the complicity of jailers who agreed to join the resistance in exile, are overwhelming for the regime.

In 2016, a UN commission of inquiry recommended that he be brought before the International Criminal Court for his “widespread and systematic campaign” carried out against the population. The report indicates that “the regime has committed crimes against humanity, crimes of enslavement, imprisonment, enforced disappearances, rape…” But since that date, the international community has remained silent, and the abuses continue.

In July 2018, the reconciliation between Isaias Afwerki and Abiy Ahmed, Prime Minister of neighboring Ethiopia – Nobel Peace Prize 2019 contested by Amnesty International – allowed the reopening of the border between the two countries. But the hope of seeing the Eritrean regime open up and relax was short-lived. Eritreans are exhausted. Currently a refugee in the United States, Hanna Petros Solomon has had no news of her parents for twenty years.