‘Wheel of Fortune’s’ Vanna White reveals how she feels about her wardrobe: ‘I don’t love every outfit’ 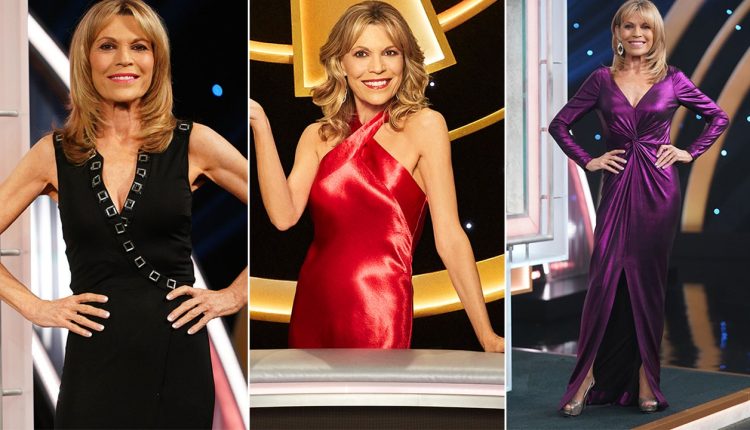 Vanna White is sharing how she really feels about her “Wheel of Fortune” wardrobe.

“I don’t love every outfit I wear because I feel like there’s so many millions of people that are watching and have different tastes, and I’m trying to please everybody,” the co-host shared with People magazine.

White said she tries to be “versatile” because viewers could be fans of her look.

HOW MANY DRESSES DOES VANNA WHITE OWN? INSIDE THE ‘WHEEL OF FORTUNE’ CO-HOST’S WARDROBE

Vanna White revealed she doesn’t “love” all of her “Wheel of Fortune” outfits.
(Getty Images)

White has co-hosted “Wheel of Fortune” since 1982 with Pat Sajak. Over the past four decades, she revealed, she was never allowed to keep any of her game show outfits.

“What happens is the designers send their clothes to the studio, I wear them and then they take them back because most of them are samples,” she told the outlet. White noted that the shoes and accessories she wears are her own.

Although White only appears on stage in heels, she admitted she prefers comfort and only wears them during filming.

Vanna White has been the co-host of “Wheel of Fortune” 40 years.
(Eric McCandless)

“I’m wearing some UGGs right now,” she said. “I’ll put my high heels on when we film.”

The longtime host revealed to the outlet that one of her favorite episodes was a holiday show in which she had an outfit malfunction.

“They decorated the set and on either end of my puzzle board were presents,” White said. “A present got caught in the hem of my dress. So I’m carrying this present behind me back and forth, and I didn’t know. Pat was laughing hysterically, and it was pretty funny when I realized that it was attached.”

Vanna White revealed it will be “depressing” when she and Pat Sajak step away as hosts from “Wheel of Fortune.”
(Getty Images)

White shared with the outlet that she and her co-host have a “brother-and-sister” bond.

“He is so funny. He really is. We see each other every couple of weeks for a couple of days. It’s perfect,” White. “Then we don’t see each other, and then we come back to work. And he is always making me laugh.

“I think when [series creator] Merv Griffin chose both of us, 40 and 41 years ago, he saw something between us — a brother-sister-type relationship. And I think that is kind of what it is. He saw that we would be able to get along, and we do. We are like a brother-and-sister team.”

Vanna White and Pat Sajak have been co-hosts of “Wheel of Fortune” since the ’80s.
(Getty Images)

In September 2021, Sajak, 76, revealed he and White were “closer to the end than the beginning” of hosting the game show. White is having a harder time saying goodbye. She revealed to People magazine it will be “depressing” stepping away from her co-host role.

During this time, Variety reported that both White and Sajak renewed their contracts through at least the 2023-2024 television series, so it is unclear exactly when the duo will make their exit.