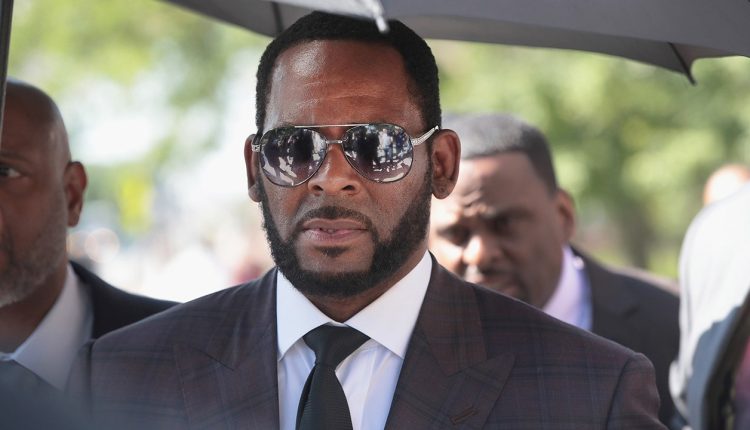 A federal judge signaled on Wednesday that two of R. Kelly’s victims will receive restitution.

The government still needs to submit a proposed order of restitution and a proposal for a repayment schedule before the payment is made, but a restitution order by U.S. District Judge Ann Connelly indicated that one victim will be paid for her herpes treatment and psychological treatment in the total amount of $300,668. Another victim will also be paid for herpes and psychological treatment, but no determination as to a final amount has been made yet.

The judge denied restitution to a third accuser.

The disgraced singer had a restitution hearing in Brooklyn federal court Wednesday morning, post his conviction on racketeering and sex charges a year ago. He appeared by video from where he is currently housed, at the Metropolitan Correctional Center (MCC) in Chicago.

WOMAN ACCUSES R. KELLY OF ABUSING HER ‘HUNDREDS’ OF TIMES BEFORE SHE TURNED 18

Judge Donnelly took the bench, she said good morning to the convicted sex trafficker. Kelly replied: “Good morning.” Defense attorney Jennifer Bonjean then justified to the court why Kelly had waived his right to be present at the hearing and announced that he has “suffered an injury.”

Kelly, 55, who was wearing orange prison scrubs, didn’t exhibit any visible injuries in the grainy video, but once the hearing was concluded, he was briefly seen holding a cane before he went off-screen.

R. Kelly claims he was injured and is now walking with a cane.
(Photo by Antonio Perez – Pool via Getty Images)

After the hour-long court proceeding, and without sharing what happened or what type of injury, Bonjean told Fox News Digital that Kelly was using a cane because “he’s been limping. It’s related to that (injury).”

During the hearing, which was to discuss restitution to the victims, namely for health and mental treatments caused by the intimate relationships with the singer, judge Donnelly stated that she still had questions regarding his real “financial resources.” She said it still seemed to be a “murky area” and questioned how Kelly had managed to get $28,000 prison commissary funds.

Bonjean interjected: “I do. Fans!” The lawyer argues that it was R. Kelly’s fans who have been “making deposits into his commissary account” and that it’s definitely “not from any sources of income” “or royalties.”

R. Kelly’s lawyers argued his fans were the ones depositing money into his commissary account and that the money wasn’t coming from royalties stemming from the singer’s music.
(Michael Tercha/Chicago Tribune/Tribune News Service via Getty Images)

Donnelly had previously ordered R. Kelly $28,000 prison commissary funds to be turned over to court as she argued that he owes substantial fines. The convicted sex trafficker has yet to pay $140,000 in court-ordered fines, including restitution to the victims who were part of the Brooklyn trial.

During the hearing, the “I Believe I Can Fly” singer was sitting at a table in a very small room and mostly just kept his eyes on documents he had in front of him.

R. Kelly was convicted of racketeering and sex trafficking. He was sentenced to 30 years in prison earlier this year, and was then also convicted of child pornography and obstruction-of-justice charges.
(Photo by Scott Olson/Getty Images)

Robert Sylvester Kelly, aka “R. Kelly,” was convicted of racketeering and sex trafficking a year ago and sentenced to 30 years in prison. Kelly was then also convicted on Sept. 14 in a Chicago trial of child pornography and obstruction-of-justice charges. He has yet to be sentenced for those crimes.

The Associated Press contributed to this report

Marta Dhanis is a reporter and field producer based in New York who focuses on criminal justice and the courts. Follow her on Twitter: @MartaDhanis​​​​​