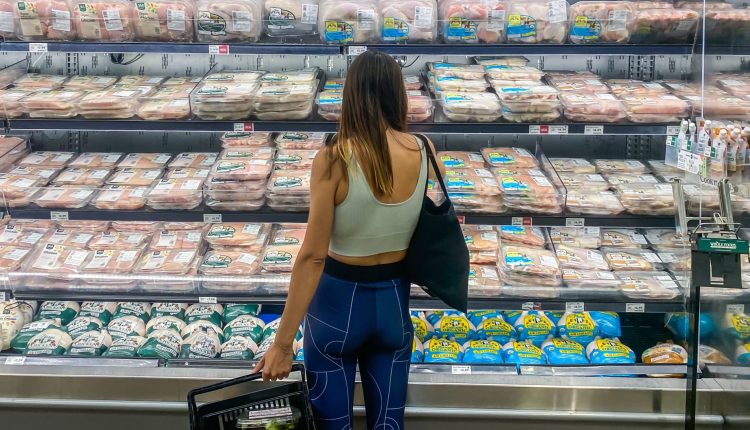 A woman shops for chicken at a supermarket in Santa Monica, California, on September 13, 2022.

The prices that producers receive for goods and services declined in August, a mild respite from inflation pressures that are threatening to send the U.S. economy into recession.

The producer price index, a gauge of prices received at the wholesale level, declined 0.1%, according to a Bureau of Labor Statistics report Wednesday. Excluding food, energy and trade services, core PPI increased 0.2%.

Economists surveyed by Dow Jones had been expecting headline PPI to decline 0.1% and core to rise 0.3%.

On a year-over-year basis, headline PPI increased 8.7%, a substantial pullback from the 9.8% increase in July and the lowest annual rise since August 2021. Core PPI increased 5.6% from a year ago, matching the lowest rate since June 2021.

As has been the case over the summer, the drop in prices came largely from a decline in energy.

The index for final demand energy slid 6% in August, which saw a 12.7% slide in the gasoline index. That helped feed through to consumer prices, which fell sharply after briefly surpassing $5 a gallon at the pump earlier in the summer.

Those numbers come a day after the BLS reported consumer price index data for August that was higher than expected. The two reports differ in that the PPI shows what producers receive for finished goods, while the CPI reflects what consumers pay in the marketplace.

Following the Tuesday report, stocks tanked and expectations surged for Federal Reserve action at its meeting next week. Stock market futures were positive after the PPI report while Treasury yields were higher as well.