The iPhone 14 Plus wins on battery life and screen size, and is $200 cheaper than the Pro Max 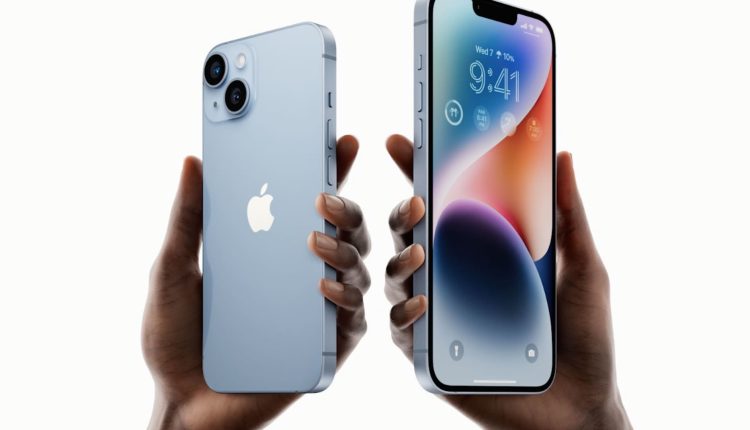 Video playing on the iPhone 14 Plus.

I’ve been testing Apple’s new $899 iPhone 14 Plus, which hits stores Friday, for the past several days. It has the biggest screen you can get on an iPhone, without shelling out $1,099 for the Pro model, and the best battery life ever on an iPhone.

The iPhone 14 Plus is great for people who just want a larger screen and don’t mind missing out on the new features of the Pro and Pro Max, such as the Dynamic Island and always-on display.

But most buyers seem to have flocked to the Pro models over the regular iPhone 14 so far.

Bank of America analysts released a rare downgrade to Apple’s stock last week and cut its price target on “weaker consumer demand” and the potential for a sluggish iPhone cycle as consumers slow spending. The bank suggested that while there’s a stronger mix of Pro model purchases so far, that won’t offset a decline in revenue and profit if Apple sells fewer units overall.

And JPMorgan analysts said in a note on Oct. 3, which compared shipment times across iPhone models, that price-sensitive customers are opting for the iPhone 13 rather than the more expensive iPhone 14 and iPhone 14 Plus.

But you shouldn’t just write off the iPhone 14 Plus. It’s a good option for folks who just want a big screen and don’t want to spend $200 more for the iPhone 14 Pro Max. And it has excellent battery life and improved cameras in a lightweight package.

Here’s what you need to know about the iPhone 14 Plus.

The large screen is the highlight here. And, if you’re like me, you’ll dig having a bigger display in your pocket for reading, movies, gaming and more. It’s otherwise the same screen as the regular iPhone 14. I noticed blacks were nice and deep and colors popped while streaming YouTube videos.

You can see more on a page, such as a website you’re browsing, or store more apps on your homepage. And this helps if you want to see more while also increasing the text size, which might be convenient for folks who prefer or need larger text.

The iPhone 14 Plus is just 0.11 ounces lighter than the iPhone 14 Pro Max, which has the same display size, but the difference felt significant when I carried it around.

The iPhone 14 Plus is 1.31 ounces lighter than the iPhone 14 Pro Max and the difference felt significant when I carried it around.

Apple says the iPhone 14 Plus has “the best battery life ever in iPhone,” which just refers to general usage throughout the day. The battery life was great in my tests. I was able to stream YouTube videos for over 19 hours before the phone died, which is in line with Apple’s claim that streamed video playback lasts 20 hours. Apple also promises up to 100 hours of audio playback, which is longer than any other iPhone.

The cameras are also solid. While you don’t get the telephoto or really sharp main cameras that you’ll find on the iPhone 14 Pro models, you still get an improved 12-megapixel main camera that took good pictures, including clearer and brighter photos at night when there weren’t a lot of lights.

iPhone 14 Plus photo in night mode.

There’s also a new front camera with autofocus for selfies. That means your selfies will look sharper and more in focus than on the iPhone 13.

Apple debuted new safety features on all iPhone 14 models, including crash detection and emergency SOS via satellite, the latter of which will be available in November. I haven’t been in a car crash to test it, though multiple reports have already shown the feature works. Both safety features aren’t available on the iPhone 13.

Despite its size, the iPhone 14 Plus is a relatively small update over last year’s iPhone 13. You’ll see more of an upgrade from the Pro models. Those phones have always-on displays that can show notifications even when your phone is idle, and feature Dynamic Island, which makes better use of the notch at the top of the screen. Dynamic Island can show things like album art for the music you’re playing, for example, and will soon offer other features like live sports scores at the top of your screen.

The iPhone 14 Plus uses the same A15 chip as the iPhone 13, but with an additional graphics processing core for improved gaming performance. I didn’t notice a difference when I played the game “Diablo: Immortal” on both phones.

I’m disappointed that all of the iPhone 14s still have a Lightning port instead of USB-C. I wasn’t expecting Apple to switch, but it would be really useful to just carry the same USB-C charger that I use to power a MacBook and an iPad.

Should you buy it?

The iPhone 14 Plus is a great buy for folks who just want an iPhone with a bigger screen and who don’t want or need the features in the Pro models. At $899, the $100 premium over the standard iPhone 14 is well worth it for the larger display and better battery life. But you probably don’t need to upgrade from the iPhone 13 for it.