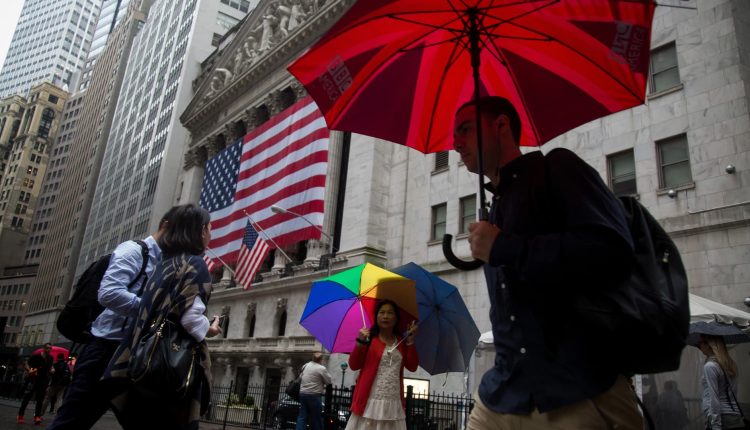 What started off as a third-quarter rebound has turned into a flop for tech investors.

The Nasdaq tumbled 5.1% this week after losing 5.5% the prior week. That marks the worst two-week stretch for the tech-heavy index since it plunged more than 20% in March 2020, the start of the Covid-19 pandemic in the U.S.

With the third quarter set to wrap up next week, the Nasdaq is poised to notch losses for a third straight quarter unless it can erase what’s now a 1.5% decline over the final five trading days of the period.

Investors have been dumping tech stocks since late 2021, betting that rising inflation and increased interest rates would have an outsized impact on the companies that rallied the most during boom times. The Nasdaq now sits narrowly above its two-year low from June.

Hammering the markets this week was continued action by the Fed, which on Wednesday raised benchmark interest rates by another three-quarters of a percentage point and indicated it will keep hiking well above the current level as it tries to bring down inflation from its highest levels since the early 1980s. The central bank took its federal funds rate up to a range of 3%-3.25%, the highest it’s been since early 2008, following the third consecutive 0.75 percentage point move.

Meanwhile, as rising rates have pushed the 10-year treasury yield to its highest in 11 years, the dollar has been strengthening. That makes U.S. products more expensive in other countries, hurting tech companies that are heavy on exports.

Among the group of mega-cap companies, Amazon had the worst week, dropping close to 8%. Google parent Alphabet and Facebook parent Meta each slid by about 4%. All three companies are in the midst of cost cuts or hiring freezes, as they reckon with some combination of weakening consumer demand, tepid ad spending and inflationary pressure on wages and products.

As CNBC reported on Friday, Alphabet CEO Sundar Pichai faced heated questions from employees at an all-hands meeting this week. Staffers expressed concern about cost cuts and recent comments from Pichai regarding the need to improve productivity by 20%.

Tech earnings season is about a month away, and growth expectations are muted. Alphabet is expected to report single-digit revenue expansion after growing more than 40% a year earlier, while Meta is looking at a second straight quarter of declining sales. Apple’s growth is expected to come in at just over 6%. Expectations for Amazon and Microsoft are higher, at about 10% and 16%, respectively.

The latest week was particularly rough for some companies in the sharing economy. Airbnb, Uber, Lyft and DoorDash all suffered drops of between 12% and 14%. In the cloud software market, which soared in recent years before plunging in 2022, some of the steepest declines were in shares of GitLab (-16%), Bill.com (-15%), Asana (-14%) and Confluent (-13%).

Cloud giant Salesforce held its annual Dreamforce conference this week in San Francisco. During the portion of the conference targeted at financial metrics, the company announced a new long-range profitability goal that showed its determination to operate more efficiently.

Salesforce is aiming for a 25% adjusted operating margin, including future acquisitions, CFO Amy Weaver said. That’s up from the 20% target Salesforce announced a year ago for its 2023 fiscal year. The company is trying to push down sales and marketing as a percentage of revenue, in part through more self-serve efforts and through improving productivity for salespeople.

Salesforce shares fell 3% for the week and are down 42% for the year.

“There’s so many things happening in the market,” co-CEO Marc Benioff told CNBC’s Jim Cramer in an interview at Dreamforce. “Between currencies and the recession or the pandemic. All of these things that you’re kind of navigating many forces.” 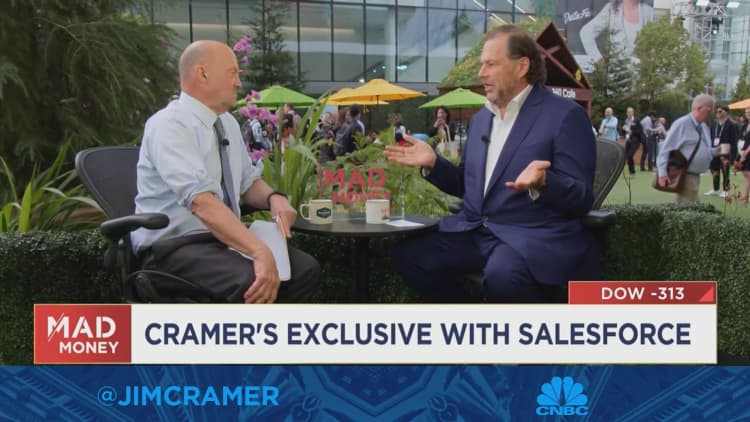 Ebay plans to lay off 500 employees, about 4% of its workforce

Microsoft will make ChatGPT tech available for other companies to customize, source…