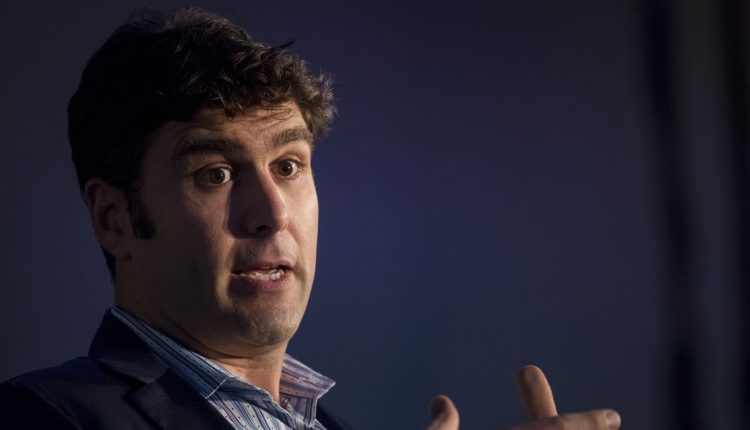 Zachary Bogue, co-managing partner for Data Collective LLC, speaks during the Future of Innovation: Spotlight on Artificial Intelligence Conference in San Francisco, California, U.S., on Thursday, June 22, 2017. The market for AI technologies is estimated to generate more than $60 billion in productivity improvements for U.S. businesses annually.

Zack Bogue co-founded the Silicon Valley venture capital firm DCVC in 2011. Since then, he and co-founder Matt Ocko have invested in scores of companies that have gone public or been acquired by companies like Google, Twitter, Amazon and Microsoft. DCVC invests in algorithmic finance, cybersecurity, smart agriculture, space access and intelligence, and climate resilience technology.

While investing in climate technology serves a social benefit, DCVC is not investing for ideological reasons.

Bogue added, “My LPs are big institutions — college endowments, big charitable trusts that run hospitals,” referring to the venture capital firm’s limited partners, or investors. “They give me money. And unless I give them back a return on that money, they aren’t able to operate their hospitals. So we take the profit motive, and the return motive very seriously at DCVC.”

There’s a lot of these trillion-dollar problems out there in the climate space. And if you can solve them, you can create a huge positive impact for the world while building a large, successful capitalist company.

The thesis for all of DCVC’s investing is backing entrepreneurs who are solving trillion-dollar problems with computational power.

“There’s a lot of these trillion-dollar problems out there in the climate space. And if you can solve them, you can create a huge positive impact for the world while building a large, successful, capitalist company,” Bogue told CNBC. “The goal is to build build large, successful public companies.”

When looking at a climate tech investments, DCVC does the exact same kind of due diligence it would do on any other deal, Bogue told CNBC.

“There’s no free pass because someone happens to be solving a hard problem in climate rather than a hard problem in robotics or with a satellite or in biotech,” Bogue told CNBC. “They all need to meet sort of our internal high bar in underwriting those deals.”

That’s not to say that Bogue is indifferent to climate change. He grew up in Denver, where daily life is defined by proximity to nature, and studied environmental science and public policy at Harvard. And DCVC has been investing in climate tech since 2012, long before it became trendy. That first climate investment was in TempoDB, which did a type of time series database for, among other things, geothermal energy.

“We’ve been quietly investing in the climate for a decade and trying not to talk too much about it,” Bogue told CNBC. “Relatively recently, it became socially acceptable to talk about.”

The amount of money going into climate tech has certainly been on the rise, according to a report from PricewaterhouseCoopers. In the year ended June 30, 2021, $87.5 billion in venture capital and private equity went into climate tech, up 210 percent from the previous 12-month period.

Bogue is interested in investing in nuclear energy. But because DCVC has total assets under management of about $3 billion — much less than it costs to construct a conventional large-scale nuclear power plant — the firm invests in capital-light nuclear companies.

One example is Oklo, which is planning to build micro-nuclear reactors. If its plans pan out, it will be able to fund its further growth with revenue that comes in from power purchase agreements, Bogue said.

“Advanced nuclear fission is a quintessential deep tech venture capital problem,” Bogue told CNBC. There is technical and regulatory risk, but if those problems are solved, “there are just massive-scale returns… all of those elements are a perfect recipe for venture capital.”

“Water is rapidly coming to the fore as a as a climate problem. And as a deep tech-addressable problem,” Bogue said. For example, DCVC led a recent investment in ZwitterCo, a wastewater reprocessing startup which is working to scale up its membrane technology which allows industrial companies and large farms to recycle their wastewater, allowing them to use less fresh water.

Bogue is also very interested in finding solutions to minimize methane emissions. Methane is vastly more potent than carbon dioxide in its impact on global warming, but it does not persist nearly as long in the atmosphere as carbon dioxide.

“If you can stop methane leaking, in climate terms, it has an immediate positive impact. So if we can stop all of the human-caused methane, it can buy us years to get our act together on other climate problems that it will take longer to perfect,” Bogue told CNBC.

Kairos Aerospace, a company DCVC has invested in, images methane leaks from aerial satellites and provides data about leaks to oil and gas companies. “This is a very low hanging fruit and easily addressable problem with huge impact,” Bogue said.

DCVC has also invested in CH4 Global, a company which is working to grow the aquaculture ecosystem for Asparagopsis seaweed, a seaweed that grows natively in Australian and New Zealand. CH4 is taking the particular seaweed and making it into a supplement to put in the food of ruminants, including cows, goats, sheep, and deer so that they release less methane with their belching.

One other area of climate tech investing Bogue mentioned is geothermal, which is heat generated from the core of the Earth. DCVC recently led a $138 million round of funding in Fervo, which counts the tech giant Google as a customer. Much of the same geology and engineering talent that is currently used by the oil and gas industry can potentially transfer those skills over to geothermal, said Bogue. And unlike renewables, which generate energy only when the sun is shining or the wind is blowing, geothermal is a baseload, 24×7 power source. 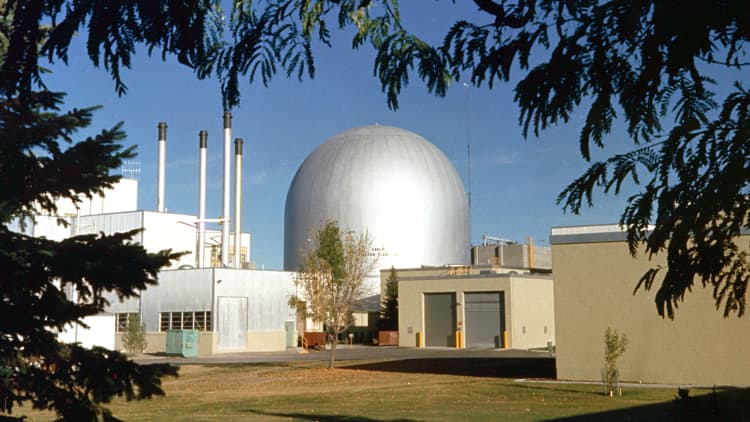