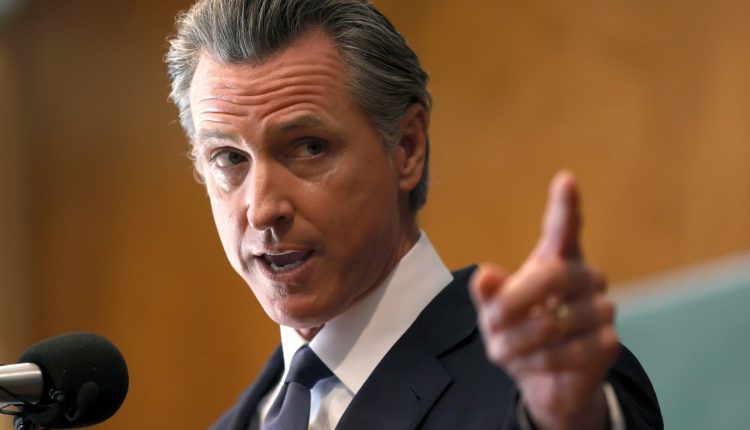 California Gov. Gavin Newsom successfully quashed a recall attempt last year in California. Asked if he’s getting ready for a presidential run, Newsom insisted that was not the case.

A new California law is one of the first in the country since the reversal of federal abortion protections under Roe v. Wade to explicitly protect digital information from being used by out-of-state investigators for procedures that are lawful in California.

“This first-in-the-nation law helps shield those seeking or providing reproductive healthcare against wrongful prosecution and ensures that California laws and California courts are not used to facilitate investigation or prosecution of abortion-related actions that are legal in our state,” said California Attorney General Rob Bonta, who sponsored the legislation.

AB 1242 requires out-of-state law enforcement agencies seeking data or records from California businesses to attest that their investigation doesn’t involve any crime related to an abortion that is legal under California law. It also prohibits state law enforcement from sharing or helping out-of-state agencies with investigations into lawful abortions and bans the arrest of anyone for aiding or performing a lawful abortion in the state.

The governor’s office said in a press release that the law would prevent another state from accessing cell phone tower location data from a California company for a woman seeking reproductive healthcare in the state. It would also prevent other states from serving a California company like Google a search warrant at its headquarters to obtain search history for a specific IP address, unless the investigators attest the evidence is unrelated to an investigation into abortion services.

The law went into effect immediately after Democratic Governor Gavin Newsom signed it on Tuesday.

It’s a first step at resolving concerns that prosecutors in states with restrictive abortion laws may increasingly use digital tools and communications against people they believe to have ended their pregnancies, even if the procedure occurred in a state where it’s legal. After the Supreme Court reversed Roe’s federal protection for many abortion procedures, many states saw their trigger laws take effect, further limiting local access to reproductive healthcare.

That sent many people seeking care to other states, and with them, the worry that their whereabouts could be tracked by law enforcement back home. Shortly after the Supreme Court ruling, Newsom and Democratic governors from Oregon and Washington pledged to be safe havens for reproductive healthcare.

Still, the proliferation of digital tools used to do everything from track menstrual cycles to communicate with loved ones to order medications opens up the risk of creating a digital paper trail for law enforcement that now has broader leeway to investigate abortions. Even before Roe’s reversal, there were prominent cases involving people who were accused of seeking abortions having their digital communications used against them by prosecutors.

Privacy experts say the best way to protect this type of information is at the source, by consumers using tools that encrypt their activities and don’t hang onto their data longer than necessary. Even if consumers are careful, however, tech companies can in many cases be ordered by a court to hand over user information, even if they don’t want to.

California’s new law provides a safeguard on such attempts by out-of-state law enforcement to seek court orders for information related to abortion investigations.

If it’s effective, the law could become a model for other blue states seeking to protect digital information related to abortion access.

“States are laboratories of innovation that provide approaches no one thought of that are new, different, cutting-edge,” Bonta told Axios. “We’re putting on the table what we believe is a significant contribution to protecting women who are under attack.”

WATCH: What it’s like working for an abortion provider right now