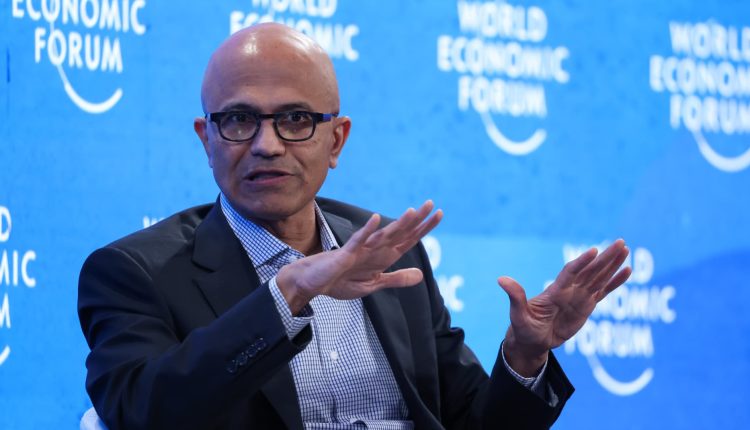 Microsoft is launching a simple graphic design app called Designer that will be available for free and as part of Office productivity software subscriptions, the company said Wednesday.

The software represents an alternative to Canva, a design app boasting more than 100 million monthly active users. Based in Sydney, Canva is one of the world’s most valuable startups, boasting a $40 billion post-money valuation as of last year. But one of the startup’s investors, Blackbird Ventures, reportedly lowered its valuation of the company to $25.6 billion earlier this year as inflation and recession fears caused software stock prices to tumble.

Microsoft has sought to demonstrate the value of Office subscriptions by adding new capabilities, and earlier this year it raised the prices of some bundles aimed at businesses. Office controls the market, and companies are constantly attempting to topple the leader in the category. The closest competitor is Google. On Tuesday Google Cloud CEO Thomas Kurian said Workspace had more than 8 million paying subscribers, up from over 6 million as of April 2020.

Increasingly, Canva is going after core parts of Office. It introduced an alternative to the PowerPoint slide development program in 2021, and in September it brought out a tool to edit documents, challenging Word. Canva says it has 55,000 paid teams using its software including at Amazon, FedEx, PepsiCo, Pfizer and Salesforce.

With its Designer app, Microsoft is initially aiming at consumers, a spokesperson told CNBC in an email. But the application could also prove useful to workers inside of companies, government agencies and schools, where Microsoft has a larger base of users. Microsoft could expand Designer to additional markets, including enterprises, if it perceives sufficient interest, the spokesperson said.

In the current economy, some companies have sought to save money by reducing the number of software providers they count on, and adding Designer to commercial Office subscriptions at some point might help companies cut out payments to Canva, for one.

“No company is better positioned than Microsoft to help organizations deliver on their digital imperative so that they can do more with less,” as Microsoft CEO Satya Nadella said on a conference call with analysts in July.

The launch of Designer might also make Microsoft bump up against Adobe, which fields the free Adobe Express tool that features templates and stock images. Canva is “where beginners get started before they come to Adobe,” Jonathan Vaas, Adobe’s vice president of investor relations, said at a Bank of America event in January.

But Microsoft has a close partnership with Adobe, and the two companies have more than 30 product integrations. The Microsoft spokesperson did not immediately respond to a request for comment on what Designer means for its Adobe relationship.

People can draw on templates to come up with social media posts in Designer, Liat Ben-Zur, a Microsoft corporate vice president, wrote in a blog post. Social media is also probably the most popular medium for which people design in Canva, said Cliff Obrecht, the startup’s co-founder and operating chief, in an interview last month. But Obrecht said Canva is “not competing against Microsoft.” Its primary competitor is Adobe, he said.

Designer can automatically come with visual designs when people enter text, thanks to an integration with DALL-E 2 artificial intelligence software from Microsoft-backed startup OpenAI. The two companies don’t want Designer to surface inappropriate content. OpenAI took out the most explicit sexual and violent content from AI training data for the system, while Microsoft recently implemented a change that helps to generate more diverse results, Ben-Zur wrote.

For now, people can join a waiting list for the free preview of Designer online. Once the app becomes generally available, Microsoft will maintain a free tier, along with a premium version for those with Microsoft 365 Personal and Microsoft 365 Family subscriptions, the spokesperson said.