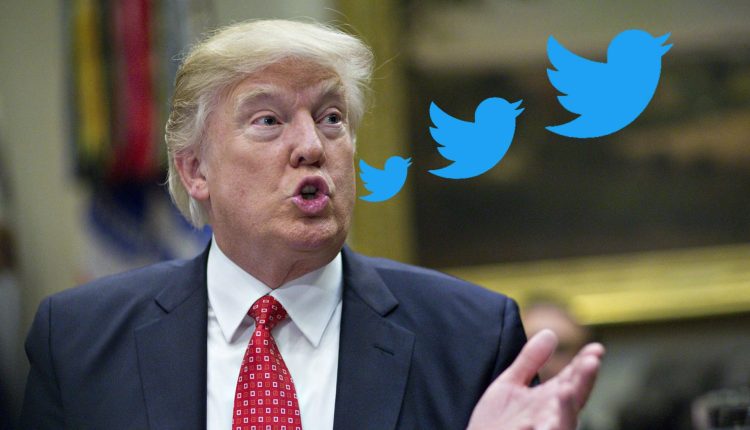 Elon Musk’s renewed efforts to buy Twitter could pave the way for President Donald Trump’s return to the platform that permanently banned him a year earlier.

If Musk follows through on the deal — and if he stands by his prior plan to reverse Trump’s ban — the Republican ex-president could potentially resume tweeting in time to make an impact on the November midterm elections.

The Tesla and SpaceX CEO, who offered to buy Twitter for $54.20 a share in April but then tried to scrap the deal, this week signaled through a regulatory filing that he once again wants to proceed with the original transaction. News of the deal, which is still not finalized, sent Twitter’s stock soaring.

Before getting cold feet on the deal over the summer, Musk said he planned to lift Trump’s Twitter ban if he took over the company. “I do think it was not correct to ban Donald Trump,” Musk said in May.

Twitter had shut down Trump’s account in the wake of the Jan. 6, 2021, Capitol riot, when a violent mob of Trump’s supporters, spurred by his false claims of a rigged election, stormed the U.S. Capitol and forced lawmakers to flee their chambers for safety.

Trump, who now posts on a similar platform he backed called Truth Social, has said he won’t return to Twitter even if he is allowed back on. “I was disappointed by the way I was treated by Twitter. I won’t be going back on Twitter,” Trump told CNBC in April.

But with Musk’s $44 billion Twitter buyout now back on the table, some believe Trump won’t be able to resist the allure of regaining an account that boasted nearly 90 million followers at its peak.

“Of course he will” return to Twitter if he can, Democratic strategist Kurt Bardella said of Trump.

The former president is “a Twitter addict” who “loves the instant gratification” it offers, Bardella said, while noting that Truth Social has so far failed to garner a similar level of user engagement.

Twitter’s suspension of Trump “took away his megaphone,” said Jonathan Nagler, co-director of NYU’s Center for Social Media and Politics and a professor of politics. The tech giant’s move “lessened his ability to push bogus election fraud claims” and “incite action against election officials,” he said.

“Truth Social, as far as anyone can tell, has had nowhere near the impact or reach that his Twitter account has had,” Nagler said.

Spokespeople for Trump, Musk, Twitter and Trump’s company behind Truth Social did not immediately respond to CNBC’s requests for comment.

Musk has not yet reiterated that he will lift Trump’s Twitter ban if the latest buyout plans come to fruition. With sources telling CNBC that a deal could happen as soon as Friday, it’s possible Trump could be allowed to resume tweeting before the Nov. 8 midterm elections.

If so, Trump’s frequent musings about the midterms could soon be back on Twitter, reaching an audience that was once more than 20 times the size of his Truth Social following.

What’s more, Twitter is used much more heavily by most media organizations and politicians, both in the U.S. and around the world. But Nagler warned Trump may not want to be “100% beholden to Musk, the world’s richest man,” as his social media enabler.

“Elon Musk could change his mind as well,” Nagler said. “We’re trying to predict the behavior of two people, both of who seem quite agile in their ability to shift what they plan to do.”

Still, Nagler said, Trump is likely to rejoin Twitter if given a chance. “That would be my guess,” he said. “At the end of the day, Trump likes to be heard … my guess is that would win out.”

Some of Trump’s conservative fans cheered the news that Musk was once again pushing to buy Twitter. But not everyone is so sure it will benefit his allies.

“I think it’s going to cut both ways,” Nagler said. Trump’s tweets could possibly mobilize parts of his base to turn out to the polls, but “his increased visibility could be a reminder to moderates of why they do not want Republicans in office,” the professor said.

Bardella argued that Republican candidates have struggled “every time that Donald Trump has been the center of attention.”

He pointed to the 2018 midterms and the more recent Georgia special elections, which led to Democrats clinching a slim Senate majority. Virginia Gov. Glenn Youngkin, meanwhile, unseated a Democrat in a blue-leaning state by keeping Trump at arm’s length during the general election, Bardella said.

“The last thing that Mitch McConnell and Kevin McCarthy want the elections to be is a referendum on Donald Trump,” Bardella said. “Republicans have made it very clear, they want the conversation heading into the midterms to be about the economy, inflation and crime. They don’t want it to be about Donald Trump.”

Musk’s comments about the need for Twitter to be “politically neutral,” and his recently revealed correspondence with people pushing him to fight “woke-ism” and censorship on the platform, could also indicate how the site might change the way it previously handled Trump’s tweets.

During the 2020 election, Twitter tried to combat misinformation by labeling certain accounts’ tweets with warnings and providing links with credible election information. Trump’s tweets were tagged multiple times, as the then-president regularly amplified a wide variety of conspiratorial claims that his reelection chances were being threatened by rampant election fraud.

Sargol watched as her mum was pushed…