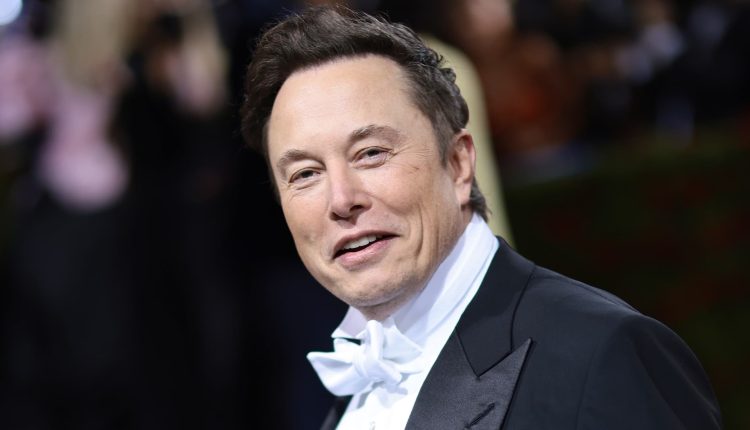 NEW YORK, NEW YORK – MAY 02:
Elon Musk attends The 2022 Met Gala Celebrating “In America: An Anthology of Fashion” at The Metropolitan Museum of Art on May 02, 2022 in New York City. (Photo by Dimitrios Kambouris/Getty Images for The Met Museum/Vogue)

Tesla CEO Elon Musk sold 7.92 million shares of Tesla worth around $6.88 billion, according to a series of financial filings published Tuesday night.

His transactions occurred between Aug. 5 and 9, the SEC filings revealed, following Tesla’s 2022 annual shareholder meeting on Aug. 4 in Austin, Texas.

Earlier this year, the Tesla and SpaceX CEO said on social media that he had “no further TSLA sales planned” after April 28.

That week, SEC filings revealed Musk had been selling a block of shares in his electric car maker worth about about $8.4 billion.

The centi-billionaire is in the midst of a contentious legal battle with Twitter, the social networking giant he agreed to acquire in April for about $44 billion or $54.20 per share.

Amid an overall market decline, Twitter’s share price and the price of Tesla shares dropped after that.

By July 8, Musk told Twitter he was terminating the deal. He accused Twitter of failing to give him all the information he needed to go ahead with the acquisition, and of understating the number of bots, spam and fake accounts on its platform.

Twitter has sued to ensure the Musk deal goes through for the promised price, which would represent a windfall for many of its shareholders.

On Tuesday, after Musk’s latest stock sales were revealed, Tesla fans and promoters asked the celebrity CEO if he was done selling shares in the electric vehicle business, and if he might buy shares back in the future.

Asked if he was done selling Tesla shares, Musk replied: “Yes. In the (hopefully unlikely) event that Twitter forces this deal to close and some equity partners don’t come through, it is important to avoid an emergency sale of Tesla stock.”

Musk did not specify which equity partners he feared would abandon plans to finance a Twitter take-private transaction with him.

He also said he would buy some of his shares back if he doesn’t have to go through with the Twitter acquisition.

If the Twitter deal doesn’t go through, he will consider creating his own social platform, X.com, he added.

Tesla shares were trading nearly flat after hours on the news. Shares in Tesla closed at $850, down just over 2% for the day on Tuesday, before Musk’s insider sales worth nearly $7 billion were made public through SEC filings.