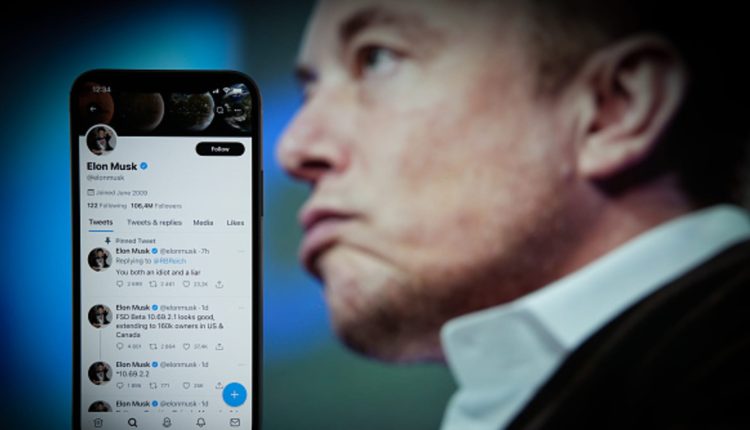 The Twitter profile page belonging to Elon Musk is seen on an Apple iPhone mobile phone.

Three Days after Elon Musk said he wanted to return to his original agreement to buy Twitter for $54.20 a share, the Tesla CEO is asking the social media company to end all litigation in order to close the deal.

In a filing with Delaware’s Court of Chancery on Thursday, Musk’s side said Twitter should drop the court date scheduled for Oct. 17, so that the necessary financing can be pulled together to wrap up the acquisition by Oct. 28.

Credit Suisse is under pressure, but short sellers appear to be eyeing another global bank

“Twitter will not take yes for an answer,” the filing says. “Astonishingly, they have insisted on proceeding with this litigation, recklessly putting the deal at risk and gambling with their stockholders’ interests.”

Musk’s attorneys allege that by Twitter failing to agree set aside its litigation, the upcoming court trial would “impede the deal moving forward.”

“Instead of allowing the parties to turn their focus to securing the Debt Financing necessary to consummate the transaction and preparing for a transition of the business, the parties will instead remain distracted by completing discovery and an unnecessary trial,” the attorneys wrote.

Twitter sued Musk in July to try and force the world’s richest person to stick to his purchase agreement, which was signed in April. Musk appeared ready to take the case to court, as legions of his text messages were released in preliminary filings.

While Twitter shareholders, at the company’s recommendation, agreed to Musk’s purchase price in September, Twitter may now be reluctant to walk away from its lawsuit without certainty that all the financing is available to close the deal.

Musk’s attorneys said that “By far the most likely possibility is that the debt is funded in which case the deal will close on or around October 28,” although they didn’t elaborate on to how exactly the debt would be funded. The lawyers added that “counsel for the debt financing parties has advised that each of their clients is prepared to honor its obligations under the Bank Debt Commitment Letter on the terms and subject to satisfaction of the conditions set forth therein.”

Morgan Stanley and Bank of America are among the banks that originally agreed to provide $12.5 billion in debt for Musk. Since then the markets have tanked, particularly for risky tech assets.

Twitter acknowledged earlier this week that it had received the letter from Musk and his attorneys in which they expressed their wish to buy Twitter for the original agreed-upon price. Twitter said in a response to the letter that “The intention of the Company is to close the transaction at $54.20 per share.”

However, Twitter did not say whether it would end its litigation against Musk.

How FTX ‘death spiral’ spelled doom for BlockFi, according to bankruptcy…