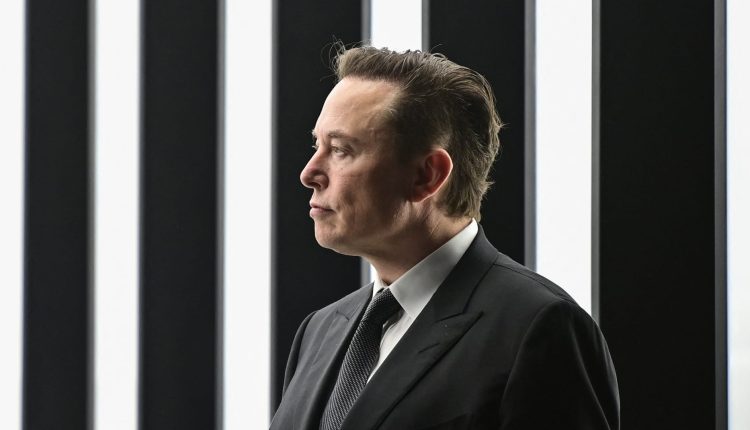 Elon Musk has sought to clarify how many Tesla workers will lose their jobs, following the launch of a lawsuit by former employees who claim the automaker breached U.S. labor laws.

Speaking at an event hosted by Bloomberg Tuesday, Musk said Tesla would reduce its salaried workforce by 10% in the next three months, while at the same time growing the number of hourly employees.

A report earlier this month from Reuters said Musk wanted to cut 10% of jobs, citing an internal email penned by the Tesla CEO. In the memo, Musk reportedly said he has a “super bad feeling” about the economy.

But in a follow-up email to Tesla staff obtained by CNBC, Musk clarified the firm will be reducing its salaried headcount by 10% and increasing its hourly staffing.

Musk said Tuesday that this meant Tesla’s layoffs announcement would affect around 3.5% of its overall workforce, adding the actual amount was “not super material.” Salaried workers account for about two-thirds of Tesla employees, he added.

“A year from now, I think our headcount will be higher in both salaried and obviously in hourly,” Musk said.

Under the Worker Adjustment and Retraining Notification Act, employers are required to give 60 days advance notice of a mass layoff or plant closure.

Musk, the world’s richest man, dismissed the importance of the suit Tuesday, saying it has “no standing.”

“That is a small lawsuit of minor consequence,” he said. “Anything that relates to Tesla gets big headlines, whether it is a bicycle accident or something much more serious.”

Musk’s treatment of workers has been under scrutiny lately. He recently told Tesla employees that they should come into the office at least 40 hours a week or leave the company.

While other tech bosses — including Parag Agrawal, the CEO of Twitter, which Musk is trying to buy — have embraced the post-Covid drive into remote working, Musk isn’t on board. He has said people wanting to work remotely “should pretend to work somewhere else.”

Recession ‘more likely than not’

Asked about the prospect of the economy tipping into a recession, Musk said it is “inevitable at some point” but questioned when such an event may happen.

A recession in the near term is “more likely than not,” he said. Although, he added: “It’s not a certainty.”

With inflation at historic highs, economists are worried about the prospect of “stagflation,” where prices go up but economic growth deteriorates.

Last week, the Federal Reserve made its biggest increase to interest rates since 1994 in an effort to tame high inflation.

Blumhouse’s ‘The Black Phone’ shows that horror, and original…