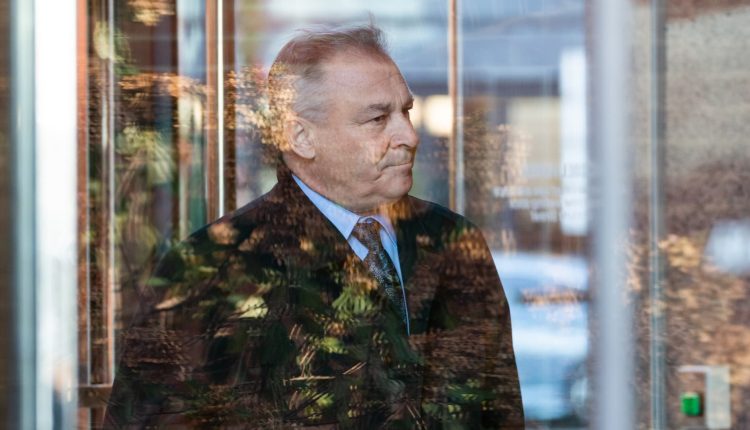 The Department of Justice has requested that an independent examiner be appointed to review “substantial and serious allegations of fraud, dishonesty” and “incompetence” after the implosion of Sam Bankman-Fried’s crypto empire. It could be one way for the DOJ to gather evidence of alleged fraud.

In a filing in Delaware federal bankruptcy court, Andrew Vara, a U.S. bankruptcy trustee, told the court that the allegations of corporate misconduct and complete failure merited an immediate and speedy examination of the events leading up to FTX’s stunning collapse three weeks ago.

Vara said there’s a substantial basis to believe that Bankman-Fried and other managers mismanaged FTX or engaged in fraudulent conduct.

“It seems to me that the DOJ is trying to use the bankruptcy process as a way of getting evidence,” former federal prosecutor Renato Mariotti told CNBC.

“Many times, the Department of Justice and bankruptcy estates in fraud cases work together in compiling potential restitution or other types of actions to make victims whole,” he said. The DOJ “will likely be part of the asset recovery and potentially having a Victims Fund with money going to those that lost money and what the Department of Justice potentially will view as a fraud.”

“It just shows a level of interest and attention that they’re paying to this that should be troubling to Mr. Bankman-Fried.”

Vara said an examination is preferable to an internal investigation because of the wider implications the company’s collapse may have on the crypto industry.

Another legal expert said that there could be other factors at play too, including the extensive political donations that FTX executives were involved in on both sides of the aisle.

There have been “campaign donations on both sides of the aisle from FTX and there have been political overtones and undertones in this case,” said Braden Perry, former senior trial attorney at the Commodities Futures Trading Commission and Kennyhertz Perry partner.

“I think that this is just out of prudence and out of caution to make sure that whatever is happening is done at an independent level,” Perry continued.

It’s not unusual to appoint a bankruptcy examiner. There was one to oversee the crypto bankruptcy process of Celsius Network, for example.

Bankruptcies above a certain size require an examiner. In this case, the U.S. Trustee said that an examiner is mandatory because FTX’s fixed, liquidated and unsecured debts to customers exceed the $5 million threshold.

FTX’s November collapse left creditors reeling over the loss of hundreds of millions of dollars, in some cases, and has rocked the wider crypto world. BlockFi, a crypto lender, filed for bankruptcy protection in New Jersey last week.