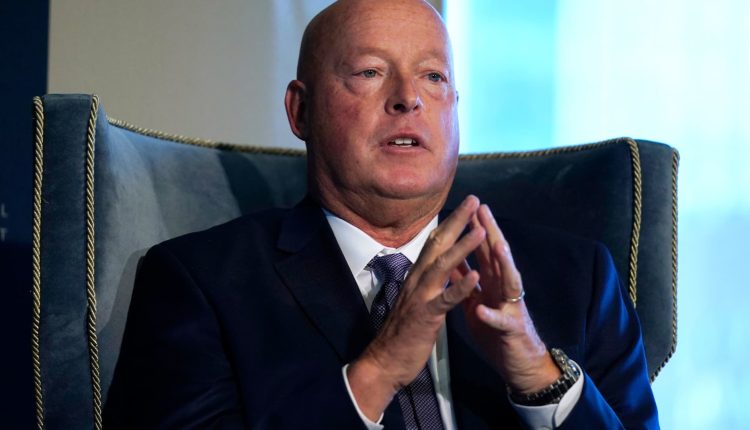 Disney fell short of expectations for profit and key revenue segments during the fiscal fourth quarter, but saw strong streaming growth for its Disney+ platform — a rare bright spot in the report out Tuesday.

Shares of the company fell 10% in after-hours trading Tuesday.

The company’s quarterly results missed Wall Street expectations on the top and bottom lines, as both its parks and media divisions underperformed estimates.

Revenue in Disney’s media and entertainment division fell 3% year over year to $12.7 billion, as the company’s direct-to-consumer and theatrical businesses struggled during the quarter. Analysts had expected segment revenue of $13.9 billion, according to StreetAccount estimates.

The company also posted lower content sales because it had fewer theatrical films on the calendar and therefore, fewer films to place into the home entertainment market.

Here’s how the company performed in the period from July to September:

Disney+ added 12.1 million subscriptions during the period, bringing the platform’s total subscriber base to 164.2 million, higher than the 160.45 million analysts had forecast, according to StreetAccount estimates.

Disney CEO Bob Chapek also said in the earnings release that Disney+ will achieve profitability in fiscal 2024. The direct-to-consumer division lost $1.47 billion during the most recent quarter. It also reported a 10% drop in domestic average revenue per user (ARPU) to $6.10.

The company is set to hike prices for the service in December and is planning an ad-supported tier, which is expected to boost revenue.

Chapek has been on a mission to better link the company’s divisions as one single organization and accelerate its direct-to-consumer strategy.

The company reported record results in its parks, experiences and products segment, Chapek said. The division, which includes the company’s theme parks, resorts, cruise line and merchandise business, saw revenue increase more than 34% to $7.4 billion during the quarter.

Still, Wall Street had slightly higher hopes for the division: Analysts were expecting parks revenue of $7.5 billion, according to StreetAccount.

Operating income for the division rose more than 66% to $1.5 billion as spending increased at its domestic and international parks and consumers booked voyages on its new cruise ship, the Disney Wish. The parks unit, specifically, brought in $815 million in operating income, well shy of the $919 million expected by StreetAccount.

Disney blamed higher costs and said they were only partially offset by higher ticket revenue, driven by the introduction of the Genie+ and Lightning Lane guest offerings.

The company said its consumer products division got a boost from sales of merchandise based on Mickey and friends as well as “Encanto” and “Toy Story.”

This is a breaking news story. Check back for updates.

Windows Gotchas: How to Avoid the Top 5 Most Common Mistakes

What is a VPN? Can it really protect my online privacy and security?