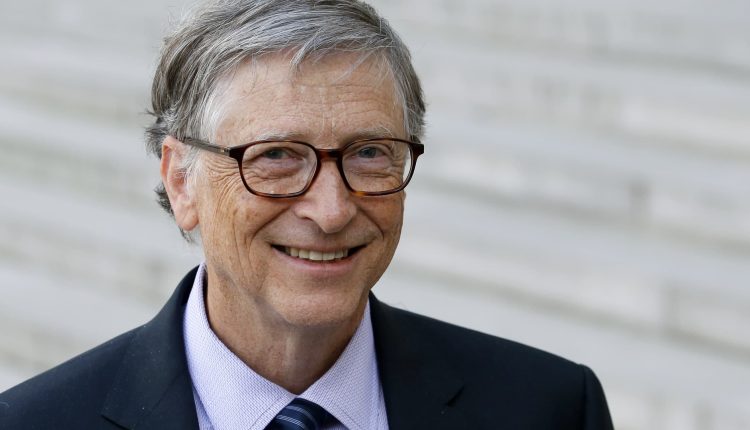 Climate change is such an overwhelming and systemic problem, it’s easy to feel there’s nothing one individual can do to fight it.

But Microsoft co-founder and philanthropist Bill Gates gave some concrete suggestions in an online question and answer session on Reddit on Thursday.

As a consumer, if you opt to buy more expensive products that contribute less carbon emissions, it may feel like a drop in the bucket. But if enough people buy those products, it will drive demand, leading to larger scale and pushing down the price of those climate conscious options, he said.

“As green products come out like electric cars or synthetic meat or heat pumps for home heating/cooling they will cost a bit extra. By buying these products you drive scaling up which will lead to lower prices so ‘green premiums’ are reduced,” Gates said on Reddit.

The idea of a “green premium” is one that Gates has discussed often. It’s the difference in price between a conventional product and the climate-friendly alternative.

But so too can individuals make a difference in the development of markets for new, cleaner product options.

“When you buy an electric vehicle or a plant-based burger even though it costs more than the alternative, you’re saying to the companies that make these products: ‘There’s demand for these items. Make more and we’ll buy them,'” Gates wrote in a blog post on the topic published in 2020. “That will drive investment in research, which helps decrease the price and ultimately makes clean products more affordable and available for everyone.”

Of course, for some, the more expensive alternative is not financially possible, and Gates acknowledges this in his blog post.

In addition to supporting new green industries, individuals can help combat climate change by influencing the companies where they work and voting for elected officials who will prioritize climate policies, Gates said.

In his Reddit answer, Gates linked to a 2021 blog post which excerpted a chapter from his book, “How to Avoid a Climate Disaster,” where he emphasized importance of voting, which, unlike buying green products, does not require spending money.

“Engaging in the political process is the most important single step that people from every walk of life can take to help avoid a climate disaster,” Gates wrote in his book.

Politicians are constantly juggling a myriad of priorities and if their constituents voice their concerns about climate issues, then politicians are more likely to focus their energy there, Gates wrote.

“Whatever other resources you may have, you can always use your voice and your vote to effect change,” Gates wrote in his book. “Make calls, write letters, attend town halls. What you can help your leaders understand is that it’s just as important for them to think about the long-term problem of climate change as it is for them to think about jobs or education or health care.”

Also, when using your voice politically, be specific and start local, Gates says.

“In the United States, for example, electricity is primarily regulated by statewide public utility commissions, made up of either elected or appointed commissioners. Know who your representatives are and keep in touch with them,” Gates writes in his book.

And if you’re up for it, run for political office, Gates writes.

Also in the Thursday Reddit, Gates weighed in on industrial, infrastructure-grade changes that need to be made to address climate change.

“The key is to be able to make things like electricity, steel, cement and meat without any emissions but at a cost equal or lower than today’s cost,” Gates said. He is investing in entrepreneurs and start-ups working on those categories through his climate investment fund, Breakthrough Energy Ventures.

He also indicated his support for nuclear energy, including time-tested fission — “If it can solve the cost, safety and waste concerns” — and futuristic fusion, though there is further to go to commercialize and scale that technology, he said. But he acknowledged he’s “biased” because he is an investor in nuclear energy. He founded TerraPower, a company working to commercialize advanced nuclear fission reactors.

It’s impossible to ignore that Gates is one of the wealthiest people in the world, and with his big homes and private jets, he’s a heavy carbon emitter, and he acknowledges that. He said in his 2021 blog post that he offsets his emissions and considers his investment in climate innovations an antidote of sorts to his high emissions.

“Investing in companies doesn’t make my carbon footprint smaller. But if I’ve picked any winners, they’ll be responsible for removing much more carbon than I am responsible for creating,” Gates wrote.